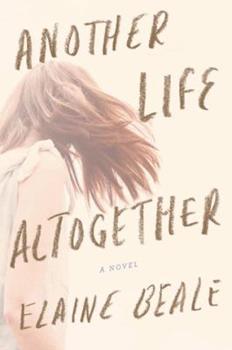 A keenly observed depiction of the effects of a mother's mental illness on her young daughter, Another Life Altogether is a profoundly moving, funny, and ultimately heartrending coming-of-age story.... This description may be from another edition of this product.

Published by Thriftbooks.com User , 12 years ago
Just when I thought I had read every literary tome of quirky family dynamics, along comes...well, another story altogether. Elaine Beale's intimate tale of self discovery against all odds is a breath of fresh air for those of us who like a damn good story that just happens to be brilliantly written. Her characters are honest and edgy; her scene-setting palette is flawless. Jessie Bennet's character is touchingly vulnerable while her wry take on a world not of her own making is clever and insightful.

Published by Thriftbooks.com User , 12 years ago
Happy families are all alike; every unhappy family is unhappy in its own way. -- Anna Karenina -- I thought of that legendary opening sentence when Elaine Beale raised the curtain of Another Life Altogether with this inaugural humdinger: The day after my mother was admitted to the mental hospital, I told everyone at school that she had entered a competition on the back of a Corn Flakes box and won a cruise around the world. The narrator is Jesse Bennett, a thoughtful, intelligent, introspective thirteen year old girl struggling to find her identity, her place. It's the 1970's. Yorkshire, England. Bay City Rollers, etc. Jesse's an only child, trying to fit in and be accepted amongst her peers, and it doesn't help matters that her mother has serious psychological problems that keep landing her in Delapole, the local loony bin! Her optimistic father deals with the debilitated home situation by pretending things are not as bad as they really are, but [as one might imagine] the toll on a daughter in such a scenario can be devastating. Jesse resents the fact that she must excuse her mother's actions, and continually protect her from herself. The Bennetts move to the country, to a remote community in order to make a new start of things. Here Jesse encounters the same struggle for acceptance but eventually strikes a friendship with Tracey, a bit of a rotten-apple of a kid. Influenced by her allegiance to Tracey, Jesse struggles to be true to herself and her own capabilities and desires. Fitting in is everything -- and meanwhile, her mother gets loonier and loonier. Jesse has a secret known only to herself, and expressed only in the unsent letters she has hidden away in a cookie-tin, kept in the closet. If her secret gets out, she feels it would spell the end of her life as she knows it. The shame would be too great. Life, this life, or any other worth living, would be over. Little does she know that the very release of that secret may be the only way she can experience real freedom. Real life. Truly, another life altogether. Every unhappy family is unhappy in its own way. Indeed. And this is the story of a uniquely unhappy family that found a way to overcome tremendous obstacles to happiness. In many ways, this novel is a testament to the merits of staying together for the sake of love. There are dozens of memorable characters I have not mentioned. Themes and threads I have not remotely touched upon. Suffice it to say that this is a deeply resonant, often times hilarious, heart-rending story. An unflaky look at flakiness. A searing, worthwhile, five-star-of-five al dente feast of a meal.

Another Life Altogether, by Elaine Beale

Published by Thriftbooks.com User , 12 years ago
Another Life Altogether: A Novel This subtle book meets the test of literature: it is a luminous and beautiful story centered around a compelling and complex character, and the sentences themselves are gorgeous. I read the book in a weekend and could not put it down. For anyone who has faced alienation and lonesomeness, for anyone who has struggled between doing what is right and doing what wins social acceptance, this book will resonate for you. Warm, humane, and compassionate, the book also exposes the complexities and shortcomings of the human being struggling with conditions within the family and the social hazing of schools. The book is set within the context of surviving bullying, but because the main character, Jesse, is so ambivalent between her fierce longing to be accepted and her fierce need to be true to herself, tension and suspense filled the book: what will Jesse ultimately do? Other characters demonstrate how being an outsider or alienated, even within one's own family, can originate from multiple causes: poverty, mental illness, family violence, and homophobia. But mostly, I loved it because I felt it; the main character, her mother, her father, the girl with whom she fell in love, and the antagonist all generated passions within me. I was lost in Jesse's world while reading this book; I fell in love with the book, which is exactly what any grand piece of literature really and truly does. So read it to relate to it, read it to get validated in political viewpoints, but mostly, just read it because it will make you feel, and ultimately, in these days of challenge for all of us to be true, it will make you feel a little less alone; it will make you feel good.

Published by Thriftbooks.com User , 12 years ago
This is probably not a book I would have picked up but it caught my attention after I saw a very positive review. And I'm very glad I did get it because I really loved it. In fact, I stayed up waaayyy too late finishing it. The story is set in Britain in the 1970s and is about a young woman struggling to come to terms with herself (she's not exactly popular at school) and a family which, while pretty out there, seems very real. It's filled with really vivid characters and some very darkly funny scenes observed by a the main character who manages to be be witty and real and incredibly charming. (If you like that wry British wit, you'll be particularly appreciative of the humor here.) I felt so much for the heroine's struggles, but at the same time I laughed out loud many times. This is a book that I felt worked on lots of levels -- a great narrative voice, a compelling plot that pulls together astoundingly well, a set of very vivid characters, and a story that has enormous emotional resonance. While I couldn't help rooting for the heroine, she's far from perfect--which ultimately makes her a lot more likeable. This was an immensely satisfying read. I felt transported and I also felt really enriched by this novel--which is a great combo, I think.

Published by Thriftbooks.com User , 12 years ago
I found this book totally engaging. The characters are vivid, the plot works really well, and I felt really drawn in from the very beginning. A positive and interesting main character who really carries the story and an interesting setting. I'd really recommend this to anyone who likes to read a good story written well.
Trustpilot
Copyright © 2022 Thriftbooks.com Terms of Use | Privacy Policy | Do Not Sell or Share My Personal Information | Accessibility Statement
ThriftBooks® and the ThriftBooks® logo are registered trademarks of Thrift Books Global, LLC