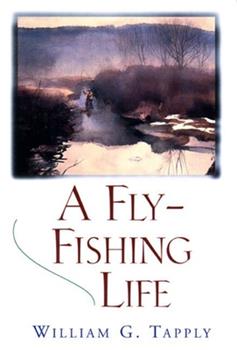 Top 100 Sports Books of All Time, Sports Illustrated "Those who have never seen the Himalayas, those who never care to risk an assault, will know when they finish this book that they have been a... This description may be from another edition of this product.

Published by Echo , 7 months ago
Good condition. Exactly what I am looking for. Very honest website for shopping second-hand books.

EXTREME ADVENTURE FOR THE GLORY OF FRANCE...

Published by Thriftbooks.com User , 20 years ago
This book is a romanticized, sanitized account of the 1950 French expedition to the Himalayas by its so called leader, Maurice Herzog. It is a book that is reflective of the times in which it was written. Still, it should be a must read for anyone who is interested in high altitude climbing.I first read this book in the early 1960s as a young teenager. I recall being enthralled by it and amazed at the hardships the climbers endured to bring glory to France. In reading it again as an adult, I find myself still enthralled, but more attuned to the fact that it is written in a somewhat self-serving style.The book itself chronicles the attempt by the French to climb an 8,000 meter peak in the Himalayas. They had two alternatives: Dhaulagiri and Annapurna. In those days, the Himalayas were largely uncharted and any topographical maps which existed at the time proved to be largely incorrect. So, the French expedition spent a large portion of their time in reconnaissance. Not only were they there to climb the mountain, they first had to find a way to get to it and then map out a route on the unknown terrain to the summit. Ultimately, they chose to climb Annapurna.In reading this book, one must remember that the climb took place without the sophisticated equipment or protective clothing available today. This was before gortex and freeze-dried foods. This climb was made before Nepal or climbing the Himalayas became a major tourist attraction. The conditions for travellers were extremely primitive and difficult under the best of circumstances.When the expedition finally finds a route to Annapurna, the reader almost feels like cheering for them. When they start to climb, one senses that, in comparison to latter day expeditions, they were not so well equipped or savvy about the dangers one can encounter during a high altitude climb or the risks in doing it without supplemental oxygen, as they did. Then one realizes that they were pioneers. They were paving the way for others.The climb to the summit by Maurice Herzog and his partner, Louis Lachenal, is interesting, but it is their harrowing descent and return to civilization which is riveting. The two summiteers began their descent inauspiciously enough but soon ran into difficulties. They were fortunate enough to encounter two of their fellow climbers, Lionel Terray and Gaston Rebuffat, who were contemplating their own summit assault but, instead, chose to aid their comrades in their descent, foregoing their own quest for the summit.The travails which the climbers encountered on the descent would have finished off less hardy souls. Maurice Herzog lost his gloves during the descent and had no spare pair. One of climbers fell into a crevasse which, believe it or not, turned out to be a good thing. They were caught in an avalanche. They got lost in a storm. They became frostbitten and two of them were, ultimately, forced to endure amputations. The medical treatment they received by the expedition doctor was unbe

Published by Thriftbooks.com User , 20 years ago
Parallel to the challenge of the external mountain is an internal one. Maurice Herzog takes every chance to win the top of Annapurna, but, giddy with altitude, he stays a moment too long after the others have gone down. He loses his gloves. Getting down somehow he is carried off the mountain with suppurating limbs, screaming and crying the whole way. From his hospital bed he reveals "the deep significance of existence": "It was better to be true than to be strong." The government of Nepal understood and agreed, conferring on him their highest honor, the Gurkha Right Hand. The book tells the story, with maps and pictures. On the inside cover is color photo of Annapurna, set like a cold, white jewel in the deep purple of space.

A Unique Book on Mountaneering

Published by Thriftbooks.com User , 20 years ago
I have read a few of the popular mountaneering books, including Touching the Void, and none are more epic than this tale. I do not mean to say greater in tragedy, effort or achievement - there would very few of us worthy to make such comparisons - however Herzog's story follows beginning to end the monumental efforts of climbing AND exploring the route up the first 8000m peak and his personal efforts in both summiting and leading the whole expedition.A few things set this book apart from similar tales. The French had only a rough map, later proved to be completely incorrect, to go on when they approached the Dhaulagiri and Annapurna massifs. Much of the time was spent exploring a huge area for any kind of a route up to either summit. When finally they had located a possible route on Annapurna they had only a matter of days before the onset of the monsoon.This is an expedition in the truest sense. All later climbs on the north face followed in their footsteps and in a way inspired every other high-altitude climb since.I was moved by the general spirit of the "Sahibs" (the expedition members), seemingly very like the British of Imperial times in their morality and military way of organisation, but there is something uniquely French there. The devotion and compassion of the Sherpa people that supported them unfailingly also leave a deep if not greater impression. Herzog does not hesitate to attribute the success of the expedition as much to their efforts as to his own coutrymen. His survival to write the story is even more owed to the Sherpas.I was continually amazed to be able to picture who are untimately regular people like you and I in this extreme environment half a world away. This is thanks to Herzog's direct and honest narrative.This is mandatory reading for anyone who wants to understand what a first conquest is like. All subsequent attempts are made easier just by knowing what is possible. I believe these events must have had a direct impact on the successful Everest ascent just 3 years later. You can't understand that climb until you have read this book!

Published by Thriftbooks.com User , 22 years ago
A wonderful, beautiful, emotional, gripping story. Not just for those interested in mountaineering. Suggests a bygone time...worth it for conveying that sense alone. I am not a climber but I enjoy reading about those that do and other adventurers. This is one of my warmest favourites. Another great read is Tensing's autobiography, but it's hard to find - worth the effort if you can dig up a copy.

Fired my interest in mountaineering BEFORE Everest, '53.

Published by Thriftbooks.com User , 23 years ago
Without oxygen or even a decent map, the French Annapurna team had to spend weeks just reaching the mountain. The ordeal of the summit team's return and the steadfast support of the whole group is an inspiring and breathtaking story. Judged by today's standards of fixed ropes and porters donkeying up computers and GPS satelites and worldwide communications with every camp, this French Alpine team accomplished extraordinary goals. Even the Sherpas on this expedition achieved reputations that got them onto several '50s climbs, including Everest. The pictures of Herzog, fit and hardy on the walk in and then almost destroyed by the mountain after descending to help, are with me still. His reflections, returning from Annapurna, about why men endanger their lives to climb high mountains are more cogent than any before or since.
Trustpilot
Copyright © 2022 Thriftbooks.com Terms of Use | Privacy Policy | Do Not Sell or Share My Personal Information | Accessibility Statement
ThriftBooks® and the ThriftBooks® logo are registered trademarks of Thrift Books Global, LLC