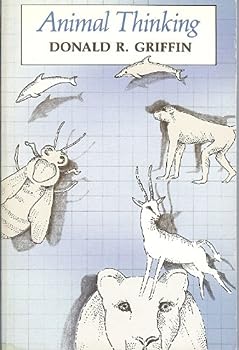 Examines the findings of scientific research into the thought processes of animals and argues that animals are capable of conscious thought.

Commonsense challenge to behaviorism in ethology

Published by Thriftbooks.com User , 19 years ago
Donald Griffin wants, in this book, to challenge the behaviorism that has dominated much thinking about animal behavior for the past several decades. In several books, such as THE QUESTION OF ANIMAL AWARENESS and his later ANIMAL MINDS, Griffin has been intent on challenging assumptions that most or all animal behavior is merely instinctive.Griffin's basic argument is that, counter to what many behaviorists have assumed, the presupposition that animals have the ability to think and undertake much of their actions on the basis of deliberation rather than pure instinct, is actually a simpler thesis than behaviorism. One example he gives are leaf cutter ants, and shows how a behaviorist model does not explain how they are able to adapt to each leaf they need to cut. Not having the ability to think on a least a very elementary level, Griffin argues, would require a large cognitive capacity merely to store all the instinctive behavior patterns that not being able to think would require.Griffin also provides many instances from the animal world at large of instances in which the assumption that all animal behavior is instinctive is rendered untenable. For instance, lions hunting cooperatively, where a group splits up, several members gaining attention of the prey, while another stealthily sneaks up on the prey animals from behind.I am not a trained ethologist, so I have no idea how one of Griffin's colleagues would respond to this book, but I think any reasonably perceptive and intelligent person who has owned pets will find this book to be intuitively correct. I was left wondering at the end of the book why behaviorism, which originated in human psychology and which has long since been rejected, would continue to hold sway in ethological studies. I did, however, find this to be a highly illuminating book about animal behavior in general.
Trustpilot
Copyright © 2022 Thriftbooks.com Terms of Use | Privacy Policy | Do Not Sell or Share My Personal Information | Accessibility Statement
ThriftBooks® and the ThriftBooks® logo are registered trademarks of Thrift Books Global, LLC