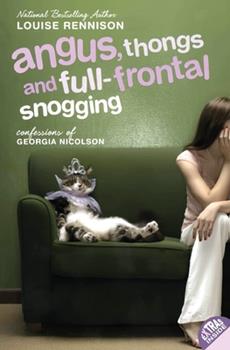 (Book #1 in the Confessions of Georgia Nicolson Series)

Angus: My mixed-breed cat, half domestic tabby, half Scottish wildcat. The size of a small Labrador, only mad. Thongs: Stupid underwear. What's the point of them, anyway? They just go up your bum, as far as I can tell. Full-Frontal Snogging: Kissing with all the trimmings, lip to lip, open mouth, tongues ... everything. Her dad's got the mentality of a Teletubby (only not so developed). Her cat, Angus, is trying to eat the poodle next door. And her...

Published by Inna , 4 months ago
I’m a little surprised because usually when I choose like new condition the books are in incredibly good condition. This book smelled like smoke, which was a first for me when ordering from this site, the pages were dirty, and so many folds on the pages. I had to throw the book away because of the smell. This shouldn’t stop you from ordering from this site but sometimes you do get a damaged book even though you picked like new condition.

Published by Thriftbooks.com User , 13 years ago
Angus,Thongs and Full Frontal Snogging is about a teenage girl named Georgia Nicolson, who is living a slightly crazy life. Her sister's a loon, her parents are insane, and her cat, Angus, is the size of a small bear. Through guys, crazyness, Stalag 14(high school) and evil prefects, Georgia has laughs and tears shared with her friends. Georgia and one of her friends, Jas, go on a "spying" trip, to the house of an "evil" prefect,(wet) Lindsay. They find out some of her deepest secrets that she never tells her boyfriend, Georgia's crush, Robbie Jennings. Wet Lindsay never finds out that Jas and Georgia were there, but they do have some great blackmail that could be used for later... Angus, Thongs and Full Frontal Snogging is one of the funniest books I've ever read. Georgia gets herself into situations that teenage girls get themselves into today. Georgia also makes you really think about what to do before you do it. Also, some of the characters really do relate to you. This book helped me increase my laughter and find joy in the little things in life.

Published by Thriftbooks.com User , 15 years ago
AAngus, Thongs and full-frontal snogging is an amazing book!!! Though it is a really big girls book guys can still read it. I liked the book because it is in journal form!!! I think journal form is easier to read. It also makes the book seem more interesting. I can't wait to read the next book!!!

Even Grown-Ups Will Love This Book!

Published by Thriftbooks.com User , 20 years ago
If ever there was a book that matched the hilarity and wittiness of Bridget Jones, this is it! And even if you are an old lady, like me, you can appreciate the teenage antics and woes of Georgia Nicolson. After all, we've been there, done that...Fourteen-year-old Georgia Nicolson is just like any other her age although she doesn't always see that. She thinks she's ugly, has no boyfriend potential, and believes her parents are a little (or a lot!) on the naff side. Well, what teenager HASN'T thought this! Reading this book is like having a reunion with myself. I was Georgia about 13 years ago and acted much in the same way. And author Louise Rennison was Georgia's age at one time, too, which is undoubtedly the reason Angus, Thongs and Full-Frontal Snogging is pin-point accurate.The humor, which spurs big bouts of fall-off-your-seat laughter, is this book's best asset, especially if you're in the mood to laugh. Georgia's 3-year-old sister, Libby, is too cute for words, and if you are a cat fanatic, you will most likely enjoy Angus the Scottish wildcat, who plays a sizable role in the story. A very quick book to get through, written in an easy-to-read diary format, complete with a handy British slang glossary in the back. Must read this novel -- it'll take a few years off you, make you smile, and have you wishing you were 14 again if only for one day. Kudos, Louise Rennison!

Published by Thriftbooks.com User , 20 years ago
This book describes exactly what I went through at 14, well, except for moving to New Zealand. I love Rennison's humorous take on everything.. but I wouldn't let anyone under 13 read it. The book deals with sex, especially gay and lesbian jokes that younger readers probably would neither like nor understand. Throughout most of the book, I could not stop laughing, the eyebrow plucking, finding an apron in her father's sock drawer, regarding her crush as a "sex god" and referring to her mother and father in German nicknames "mutti" and "vatti," repectively. Regarding her parents' possible separation, Georgia is conflicted between which of the two she would rather live with. (If I go with mum, I'll have access to makeup and clothes, so long Vatti!) If you want a good read for spring break or summer vacation, "cheers," you just found it!

Published by Thriftbooks.com User , 21 years ago
wow! what a completely hilarious book! read this and u'll be wishing for a friend like georgina. this is basically a diary of a snippet of one girl's life and is fantastic! im 16, and i have never laughed as much as when i read this book. all the antics that georgina and her mates get up to, such as spying on her crushes girlfriend as she pads her bra and shaving their eyebrows, will leave u rolling on the floor! robbie, the 'sex god', is sure to make u fall in love and can u believe the whole snog- teacher thing! this is my favourite book ever,probably, and i would recommend it to anyone girl or boy of any age, who loves a good giggle! my funniest bit in the book was when georginas dyed lock of hair fell out, but i'll leave u to find out more for yourselves! CLASSIC!

Angus, Thongs and Full-Frontal Snogging Mentions in Our Blog 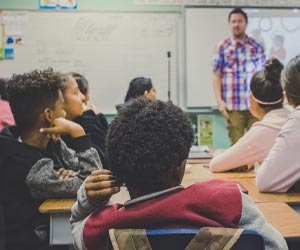