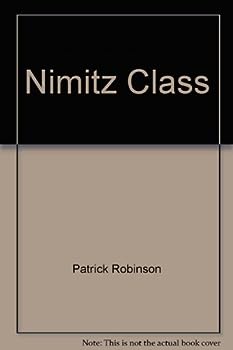 This description may be from another edition of this product. In this "superbly paced" New York Times bestseller ( Esquire ), LAPD detective Harry Bosch is trying to solve a high-profile lawyer's murder. But first he must face the public's suspicion . . . and...

Gripping and true to detail.

Published by Thriftbooks.com User , 20 years ago
I read this book on the flight to the U.S. which initiated my move to this country several years ago. Having spent a couple of months in L.A. in 1991 just prior to the first Rodney King trial (which was to spark the upheaval this book, in part, draws on), at a time when tension was already palpable in the air, "Angels Flight" immediately brought back my memories of that time. Now that I am living and working in Los Angeles again, I can appreciate even better Michael Connelly's excellent insight into the politics of this city and the situation of the LAPD, where, with the "C.R.A.S.H." scandal, the ghost of the old beast has recently reared its head again. Connelly's rendition is true to detail in every respect - even his description of the ongoing struggle to define the role of the "inspector general," whose position was created as a response to the Rodney King trials and tribulations; who as yet, however, has not been as effective as the creators of that office had in mind. "Angel's Flight" was Connelly's first book I read, and it immediately drew me into the Harry Bosch series. I have since become an ardent fan and am always eagerly awaiting the next installment. Michael Connelly is one of the few authors who have never once disappointed me! Also recommended: The Harry Bosch Novels: The Black Echo, The Black Ice, The Concrete Blonde A Darkness More Than Night (Harry Bosch)

They don't get much more "noir" than this one

Published by Thriftbooks.com User , 20 years ago
Ever since I read Connelly's *The Black Echo*, the first of the Harry Bosch mysteries, I've been hooked on these wonderfully complex, fabulously written novels. Bosch is (predictably) "hard-boiled and melancholy, but with a heart of gold," as befits this venerable fictional genre. Yes, there are many, MANY cop/P.I. detective series out there, but in my estimation, Connelly's Bosch series is the best, and *Angels Flight* shows why.The theme in this novel is the atmosphere of racial distrust and recriminations against the Los Angeles police that has emerged in the wake of the Rodney King cases and the O.J. Simpson trial. Connelly succeeds for the most part in capturing the tragic essence of what has been wrought by the legacy of police misconduct and the African American reaction to it in the city of angels. Not surprisingly, he is most effective in presenting the police perspective here: the outrage and frustration at the deterioration of police credibilty in the community overall; the combination of anger and grudging admiration that a get-the-police black attorney might elicit from conscientious police professionals; the increasing disillusionment as the politicization of police affairs becomes ever more complete. If there is a weakness in Connelly's adventuresome foray into political territory, it's related to the delicate and difficult race-related theme he has addressed here. To succeed totally in this endeavor, Connelly must navigate through some extremely tricky sociological issues, and it becomes apparent that he might be in a bit over his head in this regard. When attempting to provide the African American perspective on police presence and conduct in LA, for example, Connelly does a decent but not outstanding job. Clearly, here he is an "outsider." This flaw is forgiveable, of course, in light of the fact that his principal task is to provide an engrossing police mystery. Here, he succeeds brilliantly, as always. Along the way, he presents a picture of contemporary society that is dark, frightening, almost hopeless. To say that this novel is "noir" is an understatement. Connelly's portrayal of human nature, contemporary police and civil politics, and the ongoing deterioration of "the California dream" in the city of angels is stunningly powerful. This is not a book that will appeal to the faint of heart.As always, there is a thread in this novel that continues "the story" where it left off in his previous mystery in which Bosch was the protagonist. Consequently, whereas this book certainly can provide a can't-put-it-down read for those who have never read any of the previous Bosch mysteries, these books are best appreciated if they are read in chronological order, beginning with *The Black Echo*.Currently, I've been reading Dennis Lehane and Robert Crais mysteries. These are terrific, but as I turn the pages I can't wait for the next Bosch novel to be released.

Published by Thriftbooks.com User , 21 years ago
I've never read a Michael Connely book before so I didn't know what to expect, but I have to say that I was very impressed with this very entertaining book. It had me guessing down to the very end,and it was filled with twists and turns you will not expect. I agree with one of the other reviewers who said the author should get rid of Eleanor (Bosch's wife) as she is the most depressing, miserable character in a work of fiction I've read this year. But, if you are looking for a very entertaining, police procedural mystery I would strongly recommend this book

Connelly does it again

Published by Thriftbooks.com User , 21 years ago
I am an avid reader of this genre of books, and Michael Connelly has never disappointed me with any of his efforts that I've read (The Poet, Trunk Music, and now this) I am 30 chapters into this book and could barely put it down long enough to get on the internet and check my e-mail.

Another winner from Michael Connelly

Published by Thriftbooks.com User , 21 years ago
Connelly continues his first rate series concerning Harry Boesch and the L.A.P.D. As usual with Connelly, the plotting is tight and the story moves at a fast pace. This Boesch story is especially compelling with its focus on the Los Angeles racial tensions between Blacks and the Police. A prominent Black attorney is murdered on the eve of an important civil rights case which may seriously tarnish the reputation of the L.A.P.D. Connelly masterfully mines this fertile material for maximum impact and relevance to the current racial climate in Los Angeles. As usual, Harry Boesch is an excellent character who brings some compassion and humanity into another ugly situation. This is one of Connelly's best books.
Copyright © 2020 Thriftbooks.com Terms of Use | Privacy Policy | Do Not Sell My Personal Information | Accessibility Statement
ThriftBooks® and the ThriftBooks® logo are registered trademarks of Thrift Books Global, LLC