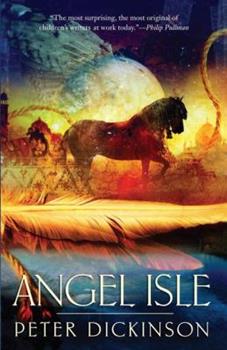 (Book #2 in the The Ropemaker Series)

In this sequel to "The Ropemaker," only the Ropemaker can stop a group of evil magicians, but he has not been seen in 200 years. Now, Saranja, Maja, and Ribek seek the Ropemaker so that he might restore the ancient magic that protects their valley.

Published by Thriftbooks.com User , 14 years ago
Ages have past since the legendary Ropemaker brought the chosen twenty-four to watch over the people as he realized he could not stop the chaos threatening the Empire. Each of the chosen ones vowed to use their magic to protect the people especially from demons. However, over time, the Ropemaker vanished until many believe him to be a myth and most others dead probably by the hands of the Watchers. He chose them for their great power but their power has corrupted the chosen Watchers. They merged into an all powerful being that employs magic to cruelly rule the Empire with an iron fist. Residents of the Valley realize their ancient magic "protection" from the evil excesses of the Empire is vanishing and soon will be gone. They fear repercussions from the malevolent one for hiding. Hope lies in finding the Ropemaker and persuading him to return the concealment magic to the Valley. Three young people (Saranja, Maja, and Ribek) leave the sanctuary of the Valley in search of the Ropemaker although no one has seen him in two centuries. None of the trio understands that destiny calls for them to do much more than seek a missing legend to repair waning magic. If they understood the quest they would have chosen the cowards way of staying inside the Valley regardless of the repercussions; which most likely is death. This young adult fantasy is a terrific sequel to the delightful coming of age ROPEMAKER. The story line once again is a coming of age thriller as the three youngsters seek the only person who could save their village not understanding that their roles are much greater than that of desperate messengers although ironically their enemies have a strong inkling about the trio. Readers will want to join the terrific trio as they face danger and death every step of the way while learning Lord Acton's theory on power and Fodaro's Equations with their related theories on the rise of demons and angels. Harriet Klausner
Copyright © 2020 Thriftbooks.com Terms of Use | Privacy Policy | Do Not Sell My Personal Information | Accessibility Statement
ThriftBooks® and the ThriftBooks® logo are registered trademarks of Thrift Books Global, LLC