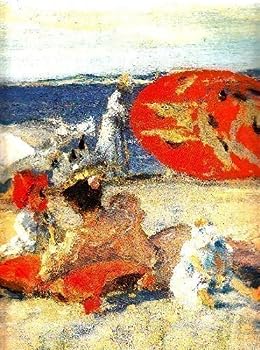 American Impressionism and Realism; The Painting of Modern Life 1885-1915

The American Impressionists, who came of age during the 1890s, and the Realists - especially the group known as the Ashcan School - who challenged them after 1900, were allied in their commitment to... This description may be from another edition of this product.

Published by Thriftbooks.com User , 20 years ago
American Impressionists and Realists were farther apart in time than they were in what they painted. In fact, with both groups their art grew out of training in Paris; liking for modern French painting; and building an American art that would support American nationalism by faith in the future, the present, and the good old days. They both went outdoors, to the growing system of parks and places for holiday outings, as in Impressionist William Merritt Chase's brightly colored "Prospect Park, Brooklyn," with its Gustave Caillebotte-type compressed backgrounds, exaggeratedly converging spaces, and splayed foregrounds; and in the rugged "Central Park in winter," where Realist William Glackens painted sharply contrasting light and dark side by side and wavily-formed lively children into vigorously brushworked snowy chill. Both groups chose personally meaningful, over nationally significant, places to paint, as in Impressionist Childe Hassam's "Late afternoon, New York: winter" brilliantly light-touched and delicately paint-stitched in one overall tone and Realist Robert Henri's energetically darker-toned "Street scene with snow." Or historical landscapes, such as "Gloucester harbor" through Impressionist Willard Metcalf's dazzlingly wide-banded high-key color for bright summer sun-lighted skies and under Realist John Sloan's late afternoon powerful glow, low sun-cast strong shadows, and storm clouds over Fauvist-type intensely colored and heavily pigmented industrial cranes and wharves. In fact, they both tended to be city painters, as in Childe Hassam's "Rainy day, Boston," with its "Church of St-Philippe-du-Roule" plunging perspective, empty central foreground, masterly controlled narrow tonal palette, and two streets panoramically joined; and in "Bleeker and Carmine Streets" by Impressionist George Luks, as the intersection for overcrowded immigrant slums, ramshackled cold-water flats, and boardinghouses in heavy impastos and somber palette. Both were also aware of how nature was part of doing business in the city, as in the hothouse flower sales of Childe Hassam's lightly brushed "At the florist" and John Sloan's gritty, realistically colored, and vigorously brushed "Easter eve." Both groups were concerned, too, over how industrialization was changing American life, but with Impressionist J Alden Weir's Willimantic Linen Company's "Factory village" naturally fitting as a picturesque river valley industry in the middle of lushly fresh fields while George Luks hunched his driver over the reins to a horse-drawn "Butcher cart" on a slushily dark Manhattan street. Both cared about how people fit into the changing American life so they likewise went in for portraits, as in William Merritt Chase's "James McNeill Whistler," with the sitter's style of broadly applied paint, low-key palette, and thin washes; and in Robert Henri's "George Luks," with the sitter's coarsely provocative painting style of crudely bold slashing strokes and richly dark colors. Bo
Trustpilot
Copyright © 2022 Thriftbooks.com Terms of Use | Privacy Policy | Do Not Sell or Share My Personal Information | Accessibility Statement
ThriftBooks® and the ThriftBooks® logo are registered trademarks of Thrift Books Global, LLC