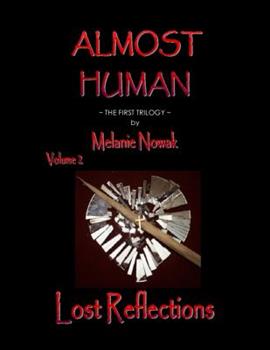 Felicity has helped her friends to escape Sindy and her evil coven, but cannot divine the motives of Cain, the vampire who captured first her gratitude and then her heart. She finds the historical account of his past enthralling and frightening. Now she must decide whether he really is the gentle and sincere man that he seems, in desperate need of love and understanding in his fight against his own vampire nature, or if his thirst for her blood is...

From Captivating to Smoldering!

Published by Thriftbooks.com User , 12 years ago
The first book captivated me, but this one brought the story to the next level which happens to be on fire! If you hated how Twilight left out the "good parts", then you'll love how this second book tells you each and every detail but not in a gross way. Felicity is a very lucky girl, and I'm definitely falling harder for Cain. I also still have a soft spot for Ben as well. Maybe he can find happiness with Alyson.

Published by Thriftbooks.com User , 12 years ago
Absolutely Riveting! This part of the series really lets you in on all of the vulnerabilities within each of the characters. I found myself wondering what I would do if I were walking in their shoes. I could not put the book down. You start to understand and even feel sympathy for a few of the characters that you may have extremely loathed in the first book. Yet again, so many suspenseful moments, I catch my boyfriend snickering at my expressions and reactions. Wonderful Wonderful Wonderful. Close with Twilight (if we are talking about the broad foundation), but definitely has its own essence. Its own draw and appeal I found, are completely very different from my feelings for Twilight and the Sookie Stackhouse Series. If you are in LOVE with Vampire Romance, this is a must read!

Published by Thriftbooks.com User , 12 years ago
In Lost Reflections:Book 2 of the trilogy, we see deeper into the lives of the characters as they continue to evolve within this story. And while the plot begins to thicken, the relationship between Cain and Felicity grows even closer. Felicity's best friend Ben, displays strong emotions regarding her involvement with the new vampire. In the meanwhile he is dealing with the serious effects of being "marked" by Sindy. Cain decides he wants to tell Felicity everything about his history. In doing so he realizes there is a chance Felicity may not stay in the relationship with him. There is much internal dialogue as Cain battles with how much to tell her. Felicity must decide if the past is really over for Cain. Has he changed ? Or is there a chance that history may repeat itself. I found Cain's story to be rich and exciting. Without a doubt Melanie made each aspect as realistic as possible. The historical references combined reality and fantasy beautifully. This book proved even more enjoyable than the first (if that's possible). It just keeps getting better ;)

Published by Thriftbooks.com User , 12 years ago
Before finding Almost Human Fatal Infatuation (Book 1), I had been searching for a series with the romance and action of twilight. I was pleasantly surprised to find the Almost Human trilogy. The author, Melanie Nowak, spent time developing each character with care. Lost Reflections continues right where Fatal Infatuation left off, with an original plot and interesting stories. According to the author, there will be more Almost Human trilogies concentrating on relationships between different characters - YEA! The adult romance is grittier and darker than Twilight but the relationships between lovers warms your heart in more ways than just the obvious one. As in the twilight series, the main characters were well developed so that the reader feels the emotions of each. You will fall in love with Cain, Felicity, and Ben as I have. The Almost Human books are independently published so there are some grammatical errors, but not enough to distract me from this wonderful story!

Published by Thriftbooks.com User , 12 years ago
Lost Reflections, Book 2 in the Almost Human Series...WOW! The story continues and in this volume the reader gets an inside peek into what made the main character "Cain" who and what he is. This glimpse into his 340 year history and the events that were instrinsic in forming his internal struggles, make you yearn to take him in your arms and hold him. Cain takes his relationship with his human love interest, Felicity, to the next level as she begins to discover her own inner strength, stepping away from tentative teenager into the role of decisive young woman. Cain himself is still grappling with the lure of his own kind and has yet to admit his need for their presence in his own life. This creates a split of sorts, he feeds his humanity with Felicity and feeds his vampiric nature with fellow vamp, Sindy. The attention to historical detail and fact speaks volumes about author, Melanie Nowak's dedication. The underlying psychological dichotomy of Cain's struggle to be a part of both worlds, and how it affects those around him...human and otherwise... makes both the story and the characters ones you will never forget.
Copyright © 2020 Thriftbooks.com Terms of Use | Privacy Policy | Do Not Sell My Personal Information | Accessibility Statement
ThriftBooks® and the ThriftBooks® logo are registered trademarks of Thrift Books Global, LLC