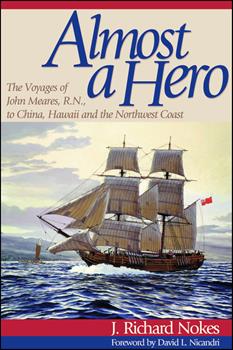 Almost a Hero: The Voyages of John Meares, R.N., to China, Hawaii and the Northwest Coast

Beginning in 1786, Captain John Meares of Great Britain bravely explored the North pacific, but his attempt to dominate the fur trade between the Northwest Coast and Asia was frustrated when the Spanish navy seized his ships off Vancouver Island. Meares missed the opportunity to explore the Strait of Juan de Fuca or discover the Columbia River. Hence, he was almost a hero.