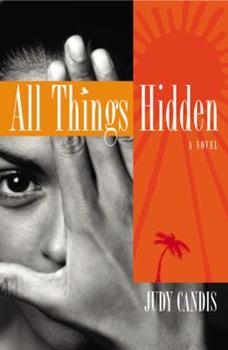 Raising her son alone in a drug-troubled Florida city, Christian homicide detective Jael Reynolds teams up with FBI special agent Grant Lewis to investigate a series of murdered drug dealers and finds herself enmeshed in the world of organized bigotry.

The World may change, but GOD remains the same...through all things.

Published by Thriftbooks.com User , 16 years ago
Jael Reynolds a detective by choice, a Christian by Faith, has had to endure much. A young son to raise on her own,and a anal ex, along with the pressures of a successful career in a dominating world of men & bigots. It is one thing to adjust to when you have to work under the leadership of a woman, but add color to that title and you got blatant racism and hidden racism. Jael learns that you never know who your enemies will be. Jael has sacrificed much to succeed and also to find her way spiritually. She learns that even though she has done what was considered right, the devil has his spawns and there are times in a believer's life where they have to practice and battle that "No weapon formed against (me) shall prosper." and the fact that GOD said that he will "never leave you or forsake you." Jael is a living testimony that "He may not come when you want him, but he'll always be right on time." Life itself is hard, but racism and supremacy is real and very much around, you have to know that there are wolves in sheep clothing. Grant is what Jael needs, someone who is strong, connected and believes in having faith. You never know when your prince charming will be delivered. This story line was intriguiing and very captivating, you have to keep reading. You have suspense, mystery, romance, desparation, spirituality, maternal love, and much more in this book. TO THE AUTHOR JUDY CANDIS.... "JOB well done!!!" I look forward to reading more by Ms. Candis. If you are a Christian fiction reader or if you are not, I recommend this book!!!

Published by Thriftbooks.com User , 16 years ago
I would highly recommend "All Things Hidden" for anyone who loves suspense novels. The added dosage of Christian principles made this book even better. The lessons in the book go hand in hand with the suspense and situations Jael finds herself in.

Published by Thriftbooks.com User , 17 years ago
Kuwana Haulsey has written a stirring tribute honoring Dr. May Edward Chinn who was exactly as the title states. She was an angel for the people of the New York City area known as Harlem. The novel covers her 1896 birth in Massachusetts, moving to NY with her parents and living in dreadful poverty conditions. May was burdened with tremendous childhood and teen years of struggles and heart aches. Among them were an unplanned teen pregnancy, having to give her infant son up for adoption and afterwards suffering from severe depression. However, due to her mother's fortitude and continuous encouragement, May was accepted into college based on her extraordinary high scores, minus a high school diploma. Facing enormous and threatening hardships throughout the enrollment of college and medical school; racism, sexism, financial difficulties and love affair barriers, May Chinn achieved what many dared her to accomplish. She became a doctor and is noted as the first Black female physician in New York. She served her patients diligently and tirelessly for many, many years. With amazing talents and working assiduously in order to aid the sick and needy that were in dire need of medical assistance, Dr. Chinn was definitely a woman who wore an invisible halo around her head. She was indeed the Black Angel of Harlem. Angel of Harlem is definitely a great novel of worth. I was truly inspired by the biographical and historical information on this female pioneer's accomplishments. The sites of the NYC area, the Harlem Renaissance acquaintances (Zora Neale Hurston, Paul Roberson, Langston Hughes, Countee Cullen, Fats Waller and a host of others) of Dr. Chinn, along with information surrounding her musical mastery were treats within the chronicle. Ms. Haulsey has penned a prized novel regarding a woman with phenomenal integrity and breathtaking compassion. Readincolor Reviewer Tanya Tatum

Published by Thriftbooks.com User , 17 years ago
All Things Hidden is Judy Candis at her best! From the very beginning, homicide detective, Jael Reynolds, handcuffed my hands to the bookcover and took me along for the ride. I was horrified one moment, heartbroken the next, then swept up in the momentum of her fierce determination. I've never read a thriller with such a compelling and realistic rendering of faith and the trials that challenge it! Jael faces obstacles that would push any of us to the brink, if not over the edge, and yet she pulls strength from her faith to keep her feet planted firmly beneath her. I'm giving ALL THINGS HIDDEN to all the booklovers on my gift list!

DELIVERS ON ALL LEVELS!

Published by Thriftbooks.com User , 17 years ago
Jael Reynolds is a tough police woman, balancing her career and single motherhood, it is her faith sustains her. This was a fast paced novel, with numerous plot twists and great scenes. The story could have taken place 40 years ago, yet it is set in present times making the plot even more engrossing. This is a clear page turner. I look forward to more "Jael Reynolds" in future novels.
Copyright © 2022 Thriftbooks.com Terms of Use | Privacy Policy | Do Not Sell My Personal Information | Accessibility Statement
ThriftBooks® and the ThriftBooks® logo are registered trademarks of Thrift Books Global, LLC