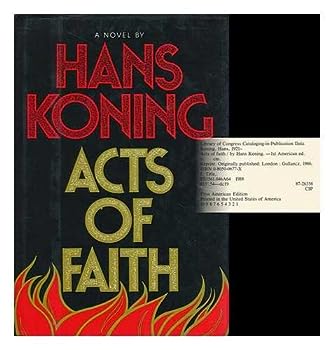 This description may be from another edition of this product. When John Balthasar returns to Pamplona in 1983, he is still haunted by memories of his previous visit ten years earlier. While researching a magazine article he had become involved in an attempt to...

A fairy Tale For Grown Ups.

Published by Thriftbooks.com User , 12 years ago
A man's career is ruined, his marriage has failed, and he reaches his midlife crisis. So he runs away from his life in New York City. He rents a cottage somewhere in the Canadian forests. His new landlord forgets to give him supplies. So he's forced to leave once again in search for food in the inhabited world. He loses his way and he meets a woman. It's a strong woman who's able to take care for herself. After a hobo existence with this woman and many adventures he winds up in his cottage again. Due to his wandering about, he loses gradually the connection with the reality of the human world. When he leaves his cottage for the second time, he begins his quest to the North, the Quest for the Snow-Goddess. This is the story of a man who loses his touch with reality not because he's weak but because he wants a physical and a spiritual connection with Nature.
Copyright © 2020 Thriftbooks.com Terms of Use | Privacy Policy | Do Not Sell My Personal Information | Accessibility Statement
ThriftBooks® and the ThriftBooks® logo are registered trademarks of Thrift Books Global, LLC