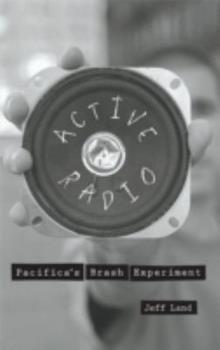 In a searing critique of the War on Drugs and other attempts to eradicate "getting high, " Lenson ventures outside the conventional genres of drug writing and looks at the drug debate from a lost, and often forbidden, point of view: the user's. Walking a fine line between the antidrug hysteria prevalent in our culture and an uncritical advocacy of drug use, he describes in provocative detail the experiences and dynamics of drugs of pleasure and desire...

Published by Thriftbooks.com User , 15 years ago
It's easy to take public radio for granted, but the story of the first listener-sponsored public radio station (and network) shows that challenges to its survival were formidable. Established in 1949 by pacifists with seed money from wealthy Bay Area Quakers, KPFA in Berkeley began airing progressive public affairs and arts programs and soon faced stiff resistance from the FCC, FBI, and Congress. This short (179 page) book, written for general audiences, focuses on the first three decades of this "brash experiment," including the expansion of Pacifica radio to include stations in Los Angeles, New York, Washington D.C., and Houston. In passing, we also hear about Margaret Mead, W.E.B. DuBois, Lawrence Ferlinghetti, Pauline Kael, Seymour Hersh, Carey McWilliams, Alexander Meiklejohn, and other voices of dissent and criticism aired on Pacifica. Very worthwhile.
Trustpilot
Copyright © 2022 Thriftbooks.com Terms of Use | Privacy Policy | Do Not Sell or Share My Personal Information | Accessibility Statement
ThriftBooks® and the ThriftBooks® logo are registered trademarks of Thrift Books Global, LLC