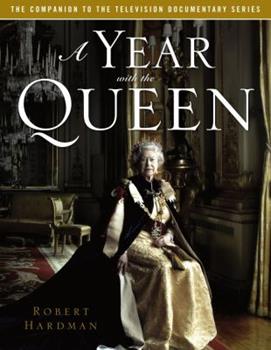 A Year with the Queen

What really happens when the most powerful man in the world invites the most famous woman in the world to dinner? What is life really like in the 650 rooms beyond the gates of Buckingham Palace? Who are the 50 people in the line of succession to the throne? What does a Lady-in-Waiting do? What do you actually say when it's your turn to meet royalty? A Year with the Queen tells the story from the inside. No Monarch in history has travelled as far and...

Published by Thriftbooks.com User , 13 years ago
This marvellous book chronicles a year in the life of the British Royal family and accompanies the brilliant BBC series. It encompasses the work and leisure time of the major figures in the family and quite a bit of the works of the more junior members also. The reader is privy to meetings with heads of state, the British Prime Minister and delegations from overseas countries, and may enjoy many photographs which have never before been seen. I especially enjoyed it as a coffee table book, picking it up and delving into it at the odd moment and loved it so much that I'd recommend it to anyone who likes to keep up with what's happening to the Queen and her family.

Published by Thriftbooks.com User , 13 years ago
Great book! From the colorful photography to the amusing, easy-to-read text, this book is a delight to read. It takes the mundane routine of the monarch and makes it interesting, all while providing an up-close, behind-the-scenes account of the life of this extraordinary woman whose life and reign span more than 80 years of modern history.

Published by Thriftbooks.com User , 13 years ago
I suppose I can understand why a prior poster would label the life of the Queen and her family as 'small talk'. It is difficult for those of us who are American to understand the significance of the continuity of the British royal family, even in this year of elections over here. Unlike the house of Orange in the Netherlands, the Queen is sworn to work for her country until she dies. Not a burden many of us would choose, regardless of all the finery. Most of us will live our lives in anonymity, and the ability to do what we want, when we want, without much public scrutiny. That this woman hasn't had a day of privacy since childhood is indeed an amazing concept in this day where any obligation, even marriage, is taken lightly. This is an excellent insight into the amount of work the Queen and family perform, certainly not just 'small talk'. Would only that our politicians could turn out the same amount!

THE QUEEN OF CANADA RULES, OK?

Published by Thriftbooks.com User , 13 years ago
This is a pleasing adjunct to what is being broadcast now on our national broadcasting network - the CBC (Canadian Broadcasting Corporation) with the last 2-hour instalment being aired on February 24th. The cover photograph by Annie Liebovitz is STUNNING and the tale behind that photographic session is quite amusing. Annie really got to like HM's feistiness and frankness - after all she is a Taurus - and even stood up to that sometimes bossy woman - Leibovitz I mean, NOT HM. But Ms. Leibovitz got the results she wanted except for having The Queen being mounted on a horse in Garter robes in one of Buckingham Palace's drawing rooms. What WAS she thinking? THe State Visit to Washington was intriguing to see and the preparations were exhaustive. Even President Bush's comments showed him to be almost human and he appears to have really like and actually admired our Queen of Canada (by law). Laura Bush got her white-tie dinner with the Queen of England and more power to her, even if President Bush looked a bit uncomfortable at times. Some of the photos reproduced are a bit fuzzy as if improperly scanned or from secondary or tertiary sources but, for the most part, the photos are crystal clear. Having been to Garden Parties at Buckingham Palace and the Palace of Holyroodhouse in Scotland they really do put on a show and serve a nice tea. The lemon tarts are to die for. This is the perfect book to accompany the television series and you can rest assured that when the DVD of it comes out I will buy it posthaste. An enjoyable read, if not overly scholarly, but then it was designed for a mass audience and for that it does RObert Hardman much credit. The appendices are helpful and will explain much to the American reader. Much recommended and an enjoyable read. Timothy Wingate Ottawa CANADA

A Year with the Queen

Published by Thriftbooks.com User , 13 years ago
I am an avid royal watcher and my personal library contains well over 30 books and DVDs, plus over 20 year's worth of Majesty magazines on the British royal family. While I haven't kept every book I've ever read on this subject, this book is definitley a keeper. It is my new favorite. This is because it gives the reader a "fly-on-the-wall" look at some of the events that mark the royal calendar. While there are other books and videos that have done this in the past, none have ever done it as well. The book describes how each member of the royal family helps to support the Queen; contains interviews with some of the less well known members of the royal family such as the Duke of Gloucester; goes behind the scenes to give the reader an idea of what goes into planning and preparing for a royal event; explains the honors system; and provides quotes of the various people who either work for the Queen or are about to meet her, and their impressions afterward. The book also invites the reader to one of the Queen's tea parties and makes the reader feel as though they are right there. None of the books or videos I own have given such a comprehensive peak into the inner workings of what life is like behind the palace walls. This is just a quick overview of the book's contents, but the book is easy to read and contains great photographs. I can't lavish enough praise for this book.
Copyright © 2022 Thriftbooks.com Terms of Use | Privacy Policy | Do Not Sell My Personal Information | Accessibility Statement
ThriftBooks® and the ThriftBooks® logo are registered trademarks of Thrift Books Global, LLC