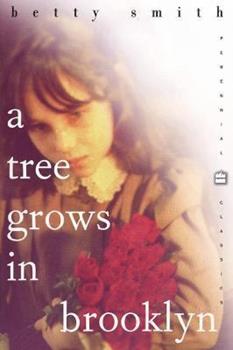 A Tree Grows in Brooklyn

A young girl from an impoverished family comes of age in Brooklyn at the turn of the twentieth-century.

Published by pkstracy , 13 days ago
I loved this book read it when I was a teen, decided to read it again, I ordered the copy with the cover that shows the apartment building and the tree growing outside, also very good condition, I got a totally different cover and less than very good condition of the book.

One of the best books I have ever read in my life.

Published by Craig P , 7 months ago
I started a book club with my D&D friends and we all really liked it. Some were hesitant about it but by the end we all couldn't get enough of the theme, chars and wonderful writing. It brought out a great discussion for our group and I would recommend it to anyone

Published by RondaAPoole , 1 year ago
I loved this book! A timeless classic that still resonates in today's world. I am so happy to have discovered this treasure and would certainly recommend it to anyone who enjoys a wonderful story. The characters are brought to life in such a way that you can picture them in your mind , as well as your heart! Don't let this book ever go out of print...

Such a sweet book

Published by Antoinette , 2 years ago
This was recommended by a friend and honestly I’m surprised it took me this long to hear about this. I tore through this book and loved every minute of it. Highly recommend

Published by Erica H , 3 years ago
Fantastically written, you feel like you are right in the apartment with Francie and her family.

Published by Nettie , 3 years ago
The story of a poor Irish family in Brooklyn. It's hard to believe that life was this marginal and hard in what is now a gentrified part of New york. This was originally written as autobiography but deemed unpublishable without softening the facts! Must read.

Published by Battina , 3 years ago
This book should be required reading in every classroom in America. Absolutely my favorite book which I read at least 3 times a year, if not more. It is not truly a memoir but is based on the author's life. I literally cannot say enough about this classic. PS: Be sure to have some Kleenex handy. I still can't get through it without crying, even as many times as I have read it.

A Classic Coming-of-Age Book That Touches Your Heart

Published by Thriftbooks.com User , 21 years ago
Francie Nolan is a character who will long be remembered by anyone who reads "A Tree Grows in Brooklyn." Bright but lonely, poor but resourceful, Francie Nolan is captured from ages 11 to 16 with poignancy and love. Francie is her daddy's "prima donna" and she treasures his love while fighting to win her mother's. Although she never achieves the place in her mother's heart that her brother holds, her strength and sheer perserverance guide her through difficult times. Like the sturdy tree that grows outside her window and survives all catastrophes, Francie Nolan survives poverty, lack of formal education, sexual assault, extreme loneliness, and lost love.The reader first meets Francie at age 11 when, as an inquisitive young girl, her favorite time of the day is on Saturday when she can go to the library then rush home with her treasure and read the afternoon away on the fire escape of her Brooklyn tenement. As a young girl, she feels "rich" when she receives bits of chalk and stubby pencils her mother and father bring home from their janitoring job at a local school. She finds simple pleasures in her life, like being allowed to sleep in the front room on Saturday night and watch the busy street below. You will ache to go back in time and be Francie's best friend as she battles loneliness and rejection by her peers but learns to live a solitary life. But, like the tree, she is ready to burst into bloom and when she does it is beautiful to read about.This book is a wonderful description of life in turn-of-the-century Brooklyn and a strong statement on the hope offered to the immigrants who came to the United States. The story emphasizes quite clearly the value of reading and a good education, but most importantly the strength of family and the dreams that sustain people. As Francie learns, "there had to be the dark and muddy waters so that the sun could have something to background it flashing glory." Young teens and mature women alike will relish Francie's story and hold its message in their hearts forever.

One of the Most Beautiful Books I've Ever Read

Published by Thriftbooks.com User , 22 years ago
While many novels offer an escape through some fantastical storyline set in a faraway place, A Tree Grows in Brooklyn is the kind of novel that makes you realize the universality of common feelings, frustrations, and hopes--and the role that sorrow and sacrifice play in the development of character. One of my favorite scenes is that of the Charity Party, when Francie is torn between her desperate longing for the doll being offered to any "poor child named Mary" and her resentment towards the manner in which affluent individuals approach giving. The author allows Francie to be a child--she lies in order to receive the charity doll, knowing that on the stage in front of her neighborhood peers she is both pathetic for taking charity as well as envied for owning such a rich toy. However, despite giving in to her desire, Francie is also a spirit beyond her years. She walks home both clutching her doll and cursing the insensitive givers, cyring out that for once, people should give to the poor without having to say, "I am rich and you are poor." Another remarkable aspect of the book, further demonstrating it's stark realism, was the fact that Francie never places moral judgement on her father. If we contrast A Tree Grows in Brooklyn with Angela's Ashes, we see two opposing manners in which families respond to alcolohic fathers. Francie's strength, we may surmise, is most likely a product of her genuine belief that she led a happy childhood with two loving parents that had her best interests in mind. While she may later look back and realize her father's problems robbed her of some opportunity, her sense of security and love for her father would still remain intact, and judging from the role her father played in the household, Francie seemed to need a tender male role model to counter her mother's harsh pragmatism towards her children. We also see this in Francie's reaction to her ignorant writing teacher's claim that Francie's stories were "ugly," as Francie recognized that these tales (which were about her relationship with her father) were important and beautiful enough to be saved.A Tree Grows in Brooklyn is a book that provides deep insight as to how individuals can be stronger, wiser, and more grounded. Above all else, it is an essay on love, trust, and suffering as it relates to the character strength humans need to be survivors. It was after reading this book that I realized for the first time in my life that suffering, though difficult to ride through, really is one of the most positive influences an individual can experience.

A Tree Grows in Brooklyn Mentions in Our Blog 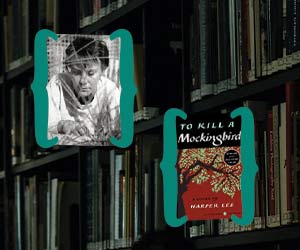 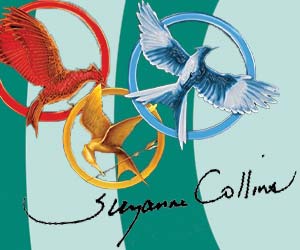 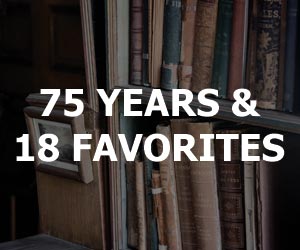