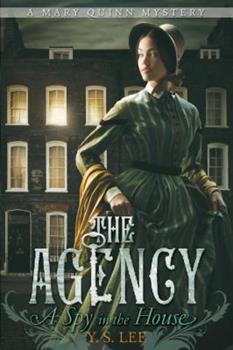 The Agency 1: A Spy in the House (The Agency Mysteries)

(Book #1 in the The Agency Series)

Introducing an exciting new series! Steeped in Victorian atmosphere and intrigue, this diverting mystery trails a feisty heroine as she takes on a precarious secret assignment. Rescued from the gallows in 1850s London, young orphan (and thief) Mary Quinn is surprised to be offered a singular education, instruction in fine manners - and an unusual vocation. Miss Scrimshaw's Academy for Girls is a cover for an all-female investigative unit called The...

Published by Thriftbooks.com User , 12 years ago
There really is something so wonderful about a well written novel set in Victorian London. Lee's novel introduces you to a most extraordinary character - Mary - who is on her first assignment for the Agency and eager to do well. While reading this, I became so entranced by the involved plot that took some serious twists from where Mary begins her journey. The added romance and interesting characters sidetrack you a bit from why Mary really is there and how she can aide the Agency in gaining information about the Thorold family and their trade. This novel draws you in so well that you wish it would go on forever. I think that this was a fantastic start to a new series and a realistic start to young Mary's position as an agent of The Agency. I cannot wait to see what lies in story for our heroine.

Published by Thriftbooks.com User , 12 years ago
Orphaned at a young age, Mary had taken to the streets in her attempt to survive. What started out as petty theft turned into housebreaking and even riskier crimes, until she was caught at the age of twelve and sentenced to death. After all, no one in Victorian London had tolerance for such infractions, even those committed by a child. No one, that is, except for the leaders of the Agency, a top secret organization of female spies who educated potential trainees in the school that disguised their identity, Miss Scrimshaw's Academy for Girls. Rescued from the gallows by the Agency leaders, Mary spent the next five years in residence until that fateful day when she learned of the school's secret operation and her own first mission. Assigned a cover that involved working for a rich family as a paid companion for their spoiled daughter, Mary was charged with finding clues pointing to insurance fraud and the smuggling of stolen artifacts from India aboard the father's merchant ships. Little did Mary realize the extent to which the assignment would place her in a hotbed of danger and deception. Filled with action, intrigue, and even a little romance, this new novel offers readers a smart storyline set in an era when women and girls had few opportunities and almost no rights. The author carefully uses this context, along with the idea that people's behaviors respond to incentives, to motivate key elements of the richly-satisfying plot.

Published by Thriftbooks.com User , 12 years ago
This was an excellent first spy novel for young adults. (This mature adult enjoyed it too.) The main character is quite engaging. the ending is ssaisfying, but there are enough threads left uncut to stimulate interest in the next in the series. The Victorian setting is essential to the plot, but not overwhelming to a novice in history. I passed my copy along to my teacher friends with the recommendation that they buy copies for their classroom libraries. I look forward to the next book by YS Lee.

Published by Thriftbooks.com User , 12 years ago
I wasn't convinced that I was going to like this book. Primarily comprised of two genres that I don't typically read (young adult literature and mystery novels), I just didn't see myself getting into it. Even the publisher's description and multiple rave reviews from other lit review websites did little to pique my interest. I had pledged to read it however, and so I dutifully sat down one day to give it a fair chance. I was extremely impressed. The opening statement made me smile - not so much for its actual content, but for its technical prowess. I must admit that I spent a good portion of the first few chapters distracted from the storyline by the writer's skill and craft. This isn't to say that they are not interesting, by any means - it's just that the book is very well written and I tend to get distracted from the big picture by the details. :p Once I settled into a groove, I was transported back in time - the transition seamless and effortless on my part. I can't vouch for the historical accuracy, but it's all very believable and "about right according to what I've been led to believe" for the time period. There are certainly no glaring discrepancies, additions, or omissions. Very interesting to me was the focus on poverty and the lower class structure. Most literature of that period barely acknowledges the working class aside from them being there, but essentially invisible - which I suppose would have been appropriate at the time. Given the heroine's background, this is a very nice viewpoint and serves as a bit of a literary palate cleanser for those steeped in the works of Wilde, Maugham, Shaw, and the classics. Character and plot development are strong, with the pace never dawdling but not appearing rushed at any time. Without giving anything away there are a few nice twists in the plot (as any good mystery novel ought to have), and the conclusion seems neither strained nor saccharine - something sadly missing in much of modern literature. It is written such that a bright young pre-teenager would be able to grasp the storyline and get "hooked"; but it is not dumbed down, nor does it pander to that audience. Adults will also thoroughly enjoy reading this novel. Even elitist, self-proclaimed literary snobs such as myself. :p Overall I'd say that this is an excellent read, and a great kickoff to the trilogy. Though really, why stop there? For a person unconvinced that he'd enjoy reading this novel beforehand, I must admit that I'm looking forward to reading the next two.

All hail a brave new talent!

Published by Thriftbooks.com User , 13 years ago
As a young person, I read all the historical fiction written for young people I could get my hands on. As slightly more of a grown-up, I've largely shifted my attention to mystery fiction. Y.S. Lee has brought together two of my preferred genres in a sophisticated and compulsively readably fashion. The suspenseful bits of this book are truly suspenseful, and the historical milieu is described in a detailed, but never dry, manner. If you have a young friend/relative who likes to read, give them this book. If you have a young friend/relative who doesn't like to read, give them this book and see if he/she changes his/her mind. And if you're a grown-up who appreciates elegant prose and insights into a different historical period, you should buy it for yourself!

A Spy in the House Mentions in Our Blog 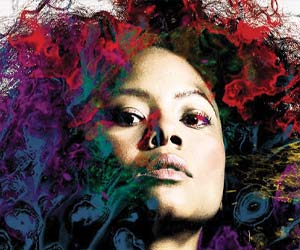 There's nothing like finishing a great book and having another volume ready and waiting for you. So we decided to spend a few weeks spotlighting some of the best new series in a variety of genres. Here are some of the best YA series from the past twenty years.