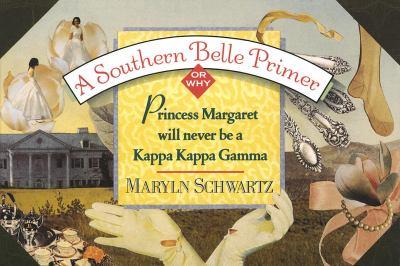 The Southern belle lives on, in a world of??proprieties and protocols that would shame the Royal??Family (and have). An uproarious guide to the??manners, mores, and mystique of the legendary ladies of??the South. What The Official Preppy??Handbook did for the madras-and-penny-loafer??set, A Southern Belle Primer ??does for the indestructible ladies from below the??Mason-Dixon line.

Published by Thriftbooks.com User , 14 years ago
This is the 5th one I've purchased for my daughters and neices. My mother being a belle herself from New Orleans, I was raised on these principles. What a delightful way to pass down this knowledge to my girls. Its a fast and hysterical read, we laughed so hard on our trip to Atlanta we had to pull over. I recommend this for any lady who lives below the Mason Dixon line.

Published by Thriftbooks.com User , 15 years ago
I agree with the above reviewer in that this book is just like the first book. It only changes a couple of things, like adding a few comments about Paris Hilton. I do wish it had been a little more up-to-date but it is still a great read. By the way, my silver pattern is Rose Point!

Published by Thriftbooks.com User , 17 years ago
Mrs. Schwartz hit the nail on the head! She talks about how a girl learns to sparkle, silver patterns, the importance of the Junior League, and so much more. As a northern Belle (Detroit), I was completely tickled when I read this book. She confirmed so many of the things my mother and grandmother (both Alabama Belles) taught me when I was growing up, such as why I had to take ballet class. Turns out ballet class is the perfect place for a girl to learn to sparkle, and boy did I learn! (Ballet is also a good way to get girls accustom to wearing hosiery.) Mrs. Schwartz explains the personality behind the silver pattern a girl chooses. I've read the section a million times, however, I'm still torn! My mother is a "Grand Baroque" girl. Grand Baroque girls have a sense of the dramatic, but also have a literary bent. My grandmother is an "Eloquence" girl. Eloquence girls like nice things and are extremely loyal. I'm a little of both, but I dare not mix silver patterns, that would just be tacky. Though I can't pick which one I should get, I've known since I was four years old that those two are the only patterns I'd ever consider. And don't tell my Grandmother, but the older I get, the more I learn toward "Grand Baroque." "Southern Belle Primer" explains the Junior League's role in the South. Specifically, the Junior League is a volunteer organization. It flows directly into the vein of selflessness and consideration that Belles are taught to give everyone, thereby making life better for all they come in contact with. I'll say this last little bit, then I'm finished. For Belles born outside the South, Mrs. Schwartz said "...sometimes the stork gets off course and deposits Southern Belles in Detroit, Hollywood, Washington, Las Vegas, even London and Paris." This is important to me because I consider myself a Belle despite my native land (Detroit). Make no mistake I love Detroit, but it's hard when your folks are from the South and you were born up North. It makes for an identity crisis. Being reared in Detroit to have Southern ways is a daily challenge! (If you've ever driven in Detroit, then you know what I mean.) But somehow you make it and books like "Southern Belle Primer" make it fun.

Every single word is true!

Published by Thriftbooks.com User , 18 years ago
My mother and I, both raised in the South, laughed and laughed while reading this book. It was so funny to us because ever single word in it is true. From the iced teas pitchers and deviled eggs platters to the silver pattern I selected for my wedding registry and joining the Junior League. I am giving this book as a gift to my friend, who is a Brit marrying into a very southern family. She will hardly know what hit her otherwise.

i would give it six stars, but that wasn't an option

Published by Thriftbooks.com User , 21 years ago
After finishing my freshman year at Duke University, I was a little confused as to why most of the people I met were surprised when they found out that I had already chosen my silver pattern (Francis I) and that I was actually looking forward to Rush Week. And when I came back to the dorm incensed one afternoon because I had had to stand up on the bus while young men were sitting down, these same friends just stared blankly at me. After coming home for the summer and complaining to a fellow belle about my confusion and their inablility to sympathize, she told me to read this lovely book. After doing so, I felt once again that all was right with the world. Mrs Schwartz ratifies my southern belle credo like nobody's buisiness. She also presented many things that I had always known but was never aware that I had known, like why it was WRONG to wear red during rush, and why I was scandalized to see women going to class in pyjamas. Many of my yankee girlfriends considered my outlook on life to be somewhat superficial, but after reading this book I realized that this is because they were never taught to "sparkle" and because they were not raised to believe with all their hearts that they were princesses. A SOUTHERN BELLE PRIMER is a must-read for anyone looking for re-affirmation of his or her southern views, or for anyone confused about what that southern heritage actually is.
Trustpilot
Copyright © 2022 Thriftbooks.com Terms of Use | Privacy Policy | Do Not Sell My Personal Information | Cookie Preferences | Accessibility Statement
ThriftBooks® and the ThriftBooks® logo are registered trademarks of Thrift Books Global, LLC