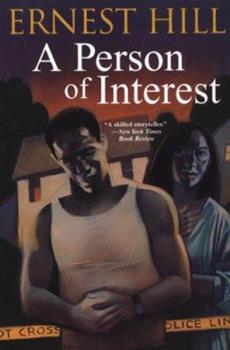 A Person of Interest

40-year-old Felicia Fontenot has returned to her hometown to care for her ailing mother. Living across the street is Luther Jackson, her first love, and Juanita, the woman for whom he left her. No sooner has Felicia settled in than Luther's pregnant wife and young son are horrifically killed - and Luther is a prime suspect. Torn between her mother's warning not to get involved and her own desire to clear Luther, Felicia embarks on a journey that will...

Because I Love Him

Published by Thriftbooks.com User , 14 years ago
Luther Jackson returns to his home after a night of wandering to find his wife and young son dead. Someone killed his family and then burned the bodies. No one can fathom who in their small quiet community would do such a thing. Since Luther and his wife argued before he left home, he becomes a person of interest in Ernest Hill's latest novel, A Person of Interest. Recently widowed Felicia Fontenot has returned to the community after a twenty-year absence. Her love for her high school sweetheart, Luther Jackson, had never dissipated even though he was married to the same woman who came between the two of them. Early one morning, Felicia is awakened to find fire trucks and police at Luther's home. His family has been murdered. Eventually, Luther becomes a suspect and Felicia knows in her heart that Luther is not capable of committing such a horrific crime. Against the advice of her mother, but with the blessings of Luther's aunt, Felicia sets out to prove Luther's innocence. Mr. Hill does an exceptional job of describing the anguish Luther feels as he daily suffers through the death of those he loved dearly. While sitting at the beauty shop, reading this book, I was trying to hide the tears that were falling while reading the funeral scene and the scenes afterwards. The investigation, preliminary hearing and the surprising confession made for a good quick read. But, the last page, the last sentences made this novel a five star read for me. Reviewed by Jeanette APOOO BookClub

Published by Thriftbooks.com User , 15 years ago
I went to a local Barnes & Nobles where I had the priviledge of hearing Mr. Hill speak. He is such a wonderful storyteller; I could have listening to him speak for days! I bought this book, which he autographed, and I dove right in! I could not put it down. I am an English teacher, so I read all of the time! This book is unbelievable! You will not be able to stop reading once you start, and his words will live within you long after you turn the last page.

Published by Thriftbooks.com User , 15 years ago
It was a page turner. The flow was fast and interesting. I enjoyed it. the only reason I didn't give it a 5 because am a sucker for happy ending. I didn't like the ending. I kept hoping for girl to finally find happiness with the man she loves.
Copyright © 2022 Thriftbooks.com Terms of Use | Privacy Policy | Do Not Sell My Personal Information | Accessibility Statement
ThriftBooks® and the ThriftBooks® logo are registered trademarks of Thrift Books Global, LLC