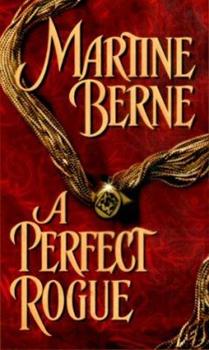 In this important new study of Soviet Jewry, Yaacov Ro'i examines their struggle for emigration from the establishment of the State of Israel to the outbreak of the Six-Day War. Using a range of personal interviews, he explores how Jewish self awareness arose both as a result of the founding of the State of Israel and as a product of the Holocaust. Local groups developed and sustained Jewish cultural interests and their Jewish identity in the face...

Published by Thriftbooks.com User , 20 years ago
Unlike other reviewers, I won't say that this book was totally bad because it wasn't. I mean certain points could be changed, like making the characters more interesting and making the hero less cold. Damien, the Marquis of Reston saves Caroline Smythe after she jumps in front of his carriage to save a little doggy. He takes care of Caroline by hiring a doctor to bandage her and she was unconscious for a few days from a minor scrape. Then she's under his care for a few days and because of that people just assume that she was his mistress. Damien is known as a rake among the ton. That assumption cost her, her job of a governess. So Damien decides to be a nice guy and hires her to be the governess of his sister Augusta in Windemere, the place where Augusta and Aunt Violet lives.Caroline thought that Augusta would be a small child but in truth, she is a grown woman and in an age to be married off. When Caroline receives a marriage proposal from a local doctor, Augusta decided to go to London because she couldn't stand to see Caroline married off to a weakiling. In London, Aunt Violet dresses up both Augusta and Caroline to the latest fashion and pretty soon, Damien starts to notice how lovely Caroline is. But one problem that exist is that Damien is already bethrothed adn can not pursue Caroline, even if he does love her because his honor is at stake here and he is a man of honor. Yet there is something between them....but could they resolve it and what of the little detail that Damien has a fiancee ? THe problems that I had with this books is that in the very beginning it was really boring and I also noticed how most of the sentences ended with an exclamation mark. I also thought that the important characters down played on their emotions. I don't want things to be totally dramatic but I also don't want to see the characters not showing enough emotions. THere were many parts where the characters lacked the proper show of emotions also another thing that I really hated was that a lot of parenthesis were used. I think this is the first book I've read with so much parenthesis!That's it for now because I don't really want to bash this book.^_^ ~ Izzy

Published by Thriftbooks.com User , 21 years ago
A Perfect Rogue is a perfect read. We romance readers look for certain elements in a novel: enticing descriptions of appealing characters, a strong sense of time and place, comfort and familiarity in the plot (but not too much predictability). Martine Berne has given us all this and more. We really feel that we're transported to the setting of the story. It's so much fun to "meet" Lord Byron and Beau Brummell, to feel the newness of "Cinder-ashes" and other "immoral" tales of the Brothers Grimm, not to mention finding out about such important rules as not wearing pearls or diamonds in the morning! These details add up to an atmosphere in which the romance of the dashing Damien and the spirited Caroline can flourish -- and we can rejoice.

A Perfect Rogue is the Perfect Summer Read

Published by Thriftbooks.com User , 21 years ago
Someone has said that Georgette Heyer is Jane Austen in Rollerblades. Well, Martine Berne is Georgette Heyer in a Miada. In a PERFECT ROGUE she has created a Regency romance that's finally worthy of the name. Funny and tender, elegant and sexy, it's a romantic Cinderella story AND a gripping tale of a rake's reformation. Beautifully written, packed with period detail. It's fun to see celebrities of the day-Beau Brummell, the Prince Regent, Lord Byron-neatly inserted into the story too. Can't wait to see what Martine Berne does next!
Copyright © 2022 Thriftbooks.com Terms of Use | Privacy Policy | Do Not Sell My Personal Information | Accessibility Statement
ThriftBooks® and the ThriftBooks® logo are registered trademarks of Thrift Books Global, LLC