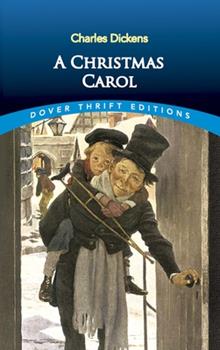 In October 1843, Charles Dickens ? heavily in debt and obligated to his publisher ? began work on a book to help supplement his family's meager income. That volume, A Christmas Carol, has long since become one of the most beloved stories in the English language. As much a part of the holiday season as holly, mistletoe, and evergreen wreaths, this perennial favorite continues to delight new readers and rekindle thoughts of charity and goodwill. With...

A perfect story for every Christmas season!

Published by Horror crazy , 1 day ago
It’s been a few years since I read this book, but I am so glad to be reviewing it in December of 2022 because it is such an awe-inspiring story, one with an important message for each and every one of us! I have seen quite a few film versions of A Christmas Carol that became favorites, including the 90s TV movies, Ebbie; Ms. Scrooge; and the 1999 version of A Christmas Carol that features Patrick Stewart as the famous miser. Another favorite is Scrooged, the 1988 comedy with Bill Murray. Considering how much I love the story that all of these different films have to tell, I had wanted to read the classic book by Charles Dickens for years. It was probably as recently as five years ago that I finally got the chance when I found an unabridged paperback edition for sale in a Goodwill store. I was pleasantly surprised to find that the 1999 version of A Christmas Carol was the most faithful adaptation of the book, but what’s even better is that Charles Dickens’ simple, elegant prose and narrative made the short book even better than ANY movie adaptations that have ever been filmed, particularly in pointing out scenes I don’t remember from any adaptation, as well as providing readers with a deeper, more intimate insight into Ebenezer Scrooge’s emotions and thoughts than any movie ever could, despite the emotional richness of some of the best film versions. The movies I mentioned are still my favorites, but those who appreciate a truly wonderful and exciting literate interpretation of Scrooge’s story will treasure this classic!

Published by Mitesh , 10 months ago
I wasn't sure about this site but thought of giving it a try. Bought Christmas carol (needed a specific version in order to return a copy that I some how lost), and what they shipped me was a different version from what I ordered. I also paid 3 times the cost of book in shipping to receive it asap but the book showed up 4 days later. Not happy with this experience.

Published by Denise , 1 year ago
I have always enjoyed this book! Remember as a kid reading it every Christmas! Such good memories. This is a must read for everyone of all ages!

A totally decent classic, recommend trying the audio too

Published by Librarypatronus , 2 years ago
I don't think I've ever read this one before - which is kind of shocking! I really enjoyed it, going in knowing the basic premise, and having seen it performed (and A Muppet Christmas Carol of course!). I have been making it a goal to read more Classics, even though I think they are overrated, because they are such a well-known, referenced thing, that I wanted to see more of the original works. I read Little Women at the beginning of the year, and when Tiny Tim was talked about all I could think about was Beth. Sweet, sickly, using the death/potential of death as a plot device, and I'm not sure how I feel about that, but I did find it interesting to think about. I listed to the Tim Curry narration of this, and that was amazing, definitely recommend the audio for this.

Published by Acorneli , 3 years ago
Charles Dickens is one of my all-time favourite authors. He depicts character, people, and life in such vivid colours that you almost feel a part of the story. This is a great book to read during the Christmas holidays. I've always loved reading it, listening to the audio book or watching the old black and white film. It's a must-have for any home library.

Published by Thriftbooks.com User , 15 years ago
This is the most heartwarming story EVER written about Yuletide, the story is truly magical. It captures the very essence of what Christmas is all about. I like to start reading it every December, just to get into that "Christmassy" mood, it's a lot more effective then "Bottled" Christmas spirits. But let us not forget as the author is at pains to point out; Marley was dead,.... to begin with. ~~~~ "I am the Ghost of Christmas Past." "Long Past?" inquired Scrooge: observant of its dwarsfish stature. "No. Your past." (One of many simple but great lines, that stay with you when you've finished.) Reading this story certainly changed my life, and saved me the need for three visits! "God bless us everyone".

A Part of Western Culture

Published by Thriftbooks.com User , 17 years ago
Critiquing Dickens' Christmas Carol is a misnomer. Rather, it is Dickens who critiques us with this masterwork. A Christmas Carol has burrowed into the very heart of our Western Culture to where few people would be confused if you referred to someone as a "Scrooge," that is to say a skinflint, miser. Aside from presenting us with some of the most memorable images in literature as Scrooge is taken by the Ghosts of the Past, Present and Future to review his life and probable ending, we are brought along with his and given opportunity to review those elements in our own lives. A Christmas Carol was not just a nice story of the Christmas Season to give warmth and cheer. Far from it! Dickens had an agenda. Just as in his other famous works, like Oliver Twist and David Copperfield, Dickens longed to make a social statement to draw attention to the poor in England, their plight and hardship. A Christmas Carol is about Scrooge as a person, but also as representing a class of the wealthy whose abundance is wrested from the large working poor such as Cratchett and his family. THEY are the point. THEY are the ones Dickens sought to draw to public attention. Heaven help us is we simply see this book as nostalgia and fail to see the point Dickens had to make then and which still applies today!

This book is just fabulous!

Published by Thriftbooks.com User , 22 years ago
This is one of the best stories ever written. Ebenezer Scrooge, is the biggest grouch on the world, almost murdering carolers that come to his door for the fact he just can't stand to be Merry, even at Christmas time. The 3 Ghosts (Ghost of Christmas Past, Christmas Present, Christmases to Come) take him to it's own time space, and show him how the Christmas was, and the funeral of Scrooge, only to find that he was unliked and hated, so that no one came to the funeral. This is a truly inspiring story, so I greatly encourage you to get this!

A Christmas Carol Mentions in Our Blog 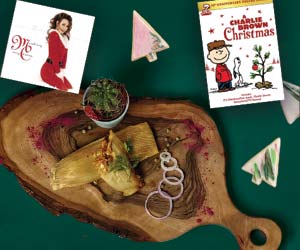 Be it revelry in the commercial consumerism so railed against by Charlie Brown, or a feast of seven fishes, or further still the quiet solemnity, incense, and psaltery organ of a midnight mass service, many different traditions are upheld as we approach Christmas. 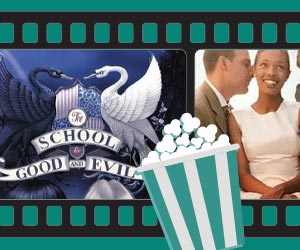 If you are the kind of reader who gets excited about seeing the story come to life on screen, this year has been such a treat, with so many great adaptations already out and more on the way. Here are all of the recent and upcoming book to screen adaptations you'll want to have on your radar so you can read it first. 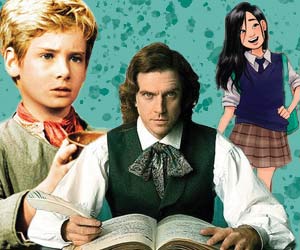 We’ve been having fun exploring the "Multiverse" of selected classics, by curating a collection of inventive adaptations. So far, we’ve featured installments on Alice in Wonderland, the Brontës, The Wizard of Oz, and Pride and Prejudice. Here we offer a collection of ten imaginative takes on Charles Dickens. 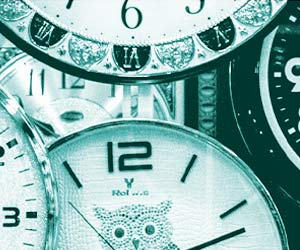 Good stories often provide welcome escapes from life's challenges, and those that also allow us to slip into the past or jump into the future can be especially welcome in exasperating times. While a pop classic like the movie Back to the Future is an obvious choice for a fun, time-bending adventure, and holiday favorites such as Groundhog Day and A Christmas Carol also toy with time in unique ways, many other books and movies effectively explore the power and impact of time travel as well.