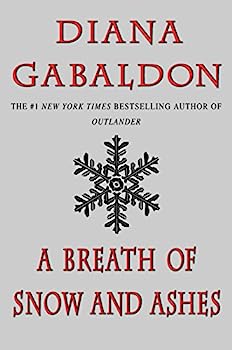 A Breath of Snow and Ashes (Outlander)

(Book #6 in the Outlander Series)

#1 NEW YORK TIMES BESTSELLER - The sixth book in Diana Gabaldon's acclaimed Outlander saga, the basis for the Starz original series."The large scope of the novel allows Gabaldon to do what she does... This description may be from another edition of this product.

I loved the book.... my problem was the actual book I received.

Published by amclair , 1 year ago
I received the book with the binding completely torn apart, and then it jumped from 670 to 972. Obviously I’m missing a good chunk of the book, I’m going to have to repurchase the book to read it all.

I love this book but was disappointed by the condition.

Published by A , 1 year ago
Purchased a like new condition and it looked great. When I went to read it the binding broke. Such a disappointment

An Extraordinary Addition To The BEST Historical Fiction Series Ever!!

Published by Thriftbooks.com User , 16 years ago
Diana Gabaldon's "Outlander" series is without a doubt my favorite in all fiction. (I consider J. R. R. Tolkien's "Lord of the Ring" trilogy to be in a category of its own). I had been hoping for another novel about the fabulous time-traveling Fraser family but thought "The Fiery Cross" would be the last. Needless to say, when I heard that a sixth book was in the works, I reread my already well-worn copies of the first five installments, and pre-ordered "A Breath of Snow and Ashes." I must say that Ms. Gabaldon is the only author I know of who is able to maintain her storyline, the tension and excitement, through thousands of words, and six novels, over a period of fifteen years. She continually invents new adventures, accurately recreates history, and allows her characters and their relationships to grow to extraordinary depth. I can only say BRAVO(!), as she has yet again come up with a winner. As Gabaldon fans know, Claire and James Fraser have weathered more storms than most. They crossed oceans and centuries to make a life together. Readers were first introduced to Jamie and Claire in "Outlander," right after Claire made the voyage from peaceful 20th century Scotland to 18th century Scotland and total mayhem. We witnessed passion, love and friendship grow between this couple as they began married life, and experienced adventure, adversity and attempted to alter history. They finally settled in North Carolina along with their daughter Brianna, her husband Roger, their son Jemmie, many of their family members and friends from Scotland, including most of Jamies fellow prisoners from Ardsmuir and hundreds of refugees in exile in the wake of the Jacobite rebellion. Claire, now a beautiful matron in her 50s, spends much of her time utilizing her physician's skills and searching for ways to bring 20th century science to her 18th century practice. James is the founder of the Fraser's Ridge community and acts as an unofficial clan chief to the families who look to him for leadership. Brianna and Roger, and Fergus and Marsali are young couples coping with a heavy daily work load and parenting. This is a period when backbreaking work, from first light to last, is necessary for survival. "A Breath of Snow and Ashes" opens in the year 1772 on the eve of the American Revolution. Even in the backwoods colony of Fraser's Ridge, NC, people are rebelling at the increased taxation by the British, with no government representation for themselves. Word of the Boston Massacre has reached the Frasers and their neighbors, and, in fact, one of the novel's characters was involved in the event. The American colonies are in turmoil. Tension builds as isolated cabins are burned in the wilderness and families murdered. North Carolina Governor Josiah Martin asks James Fraser to help unite the backcountry population, including the Native Americans, in support of the King. However, Jamie knows about the revolution to come. His wife, Claire, has traveled back in time

Published by Thriftbooks.com User , 17 years ago
I too was massively critical of the Fiery Cross and had hoped that A Breath of Snow and Ashes would redeem the series. I was not disappointed. I haven't loved a book like this since Dragonfly in Amber (I thought Voyager was so-so and Drums of Autumn a dud). Diana's writing is so powerful--I was haunted by the imagery for days. This is a somber book at times. It will make you cringe in places, but it is so beautifully written! And I concur with some of the other reviewers: a lot more happens, and Bree and Roger and Jem are actually enjoyable to read about here. I am guessing that some people who were put off by FC are waiting to read the reviews of ABOSAA before they spend their hard-earned cash on this massive tome. All I can say is that for me it was money well spent. I could go on and on, but I'll stop now.

The old and great Gabaldon is back

Published by Thriftbooks.com User , 17 years ago
I was one of those many readers who loved the first four books but was harshly critical of The Fiery Cross, her fifth book. However, this book is terrific. First of all Claire and Jamie are more present in this book with all their love and passion, fierceness and courage, which had been dimly expressed in The Fiery Cross. Brianna and Roger are more believable and loving towards each other - Roger is less of a wimp, Brianna has gotten over her whinny self, and Jemmy is a terrific kid, not just a pooping, nursing machine. Ordinarily, I am impatient of a lot of description, do a lot of skimming, and want to get down to the meat and potatoes of the plot. But not in this book. Every vignette, even if not central to the plot, is vivid and fascinating, giving the reader a glimpse into life in those days. I found myself devouring every word, enjoying the journey rather than being in a rush to the destination. Gabaldon is just such an incredible writer; such an imagination - you find it hard to believe she wasn't actually there. And when Jamie says things like "If I die, dinna follow me. The bairns will need ye. Stay for them. I can wait." I find myself crying and feeling like an idiot, since this is fiction, but it touches me so. Enjoy!

A Breath of Snow and Ashes Mentions in Our Blog 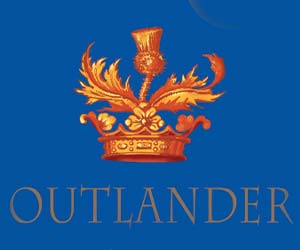