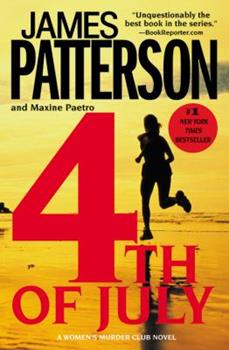 by James Patterson and Maxine Paetro

The world's bestselling detective series has never been more suspenseful. Trapped in deadly showdowns, courtroom trials, and dangerous secrets, the Women's Murder Club must fight for their lives. In a deadly late-night showdown, San Francisco police lieutenant Lindsay Boxer fires her weapon and sets off a dramatic chain of events that leaves a police force disgraced, a family destroyed, and Lindsay herself at the mercy of twelve jurors. During a break...

Published by Tedibare , 3 years ago
Came in on time and is in great condition. I am very pleased with my purchase. I would recommend if you want a good book in good condition and at a great this is the place to go.

Don't start in the evening!

Published by Thriftbooks.com User , 17 years ago
This book is impossible to put down. Another page-turning, fun-to-read treat from Patterson. His books are so readable and so fast-moving they make every other author seem boring. If you start this in the evening you will be up all night! I warned you!

Best of the Series

Published by Thriftbooks.com User , 17 years ago
I am probably in the minority here, but I consider the Women's Murder Club series to be the best of the numerous novel threads that James Patterson currently has out there. The unofficial name of the series is somewhat misleading, better suited perhaps to a cozy subtitle than what Patterson and his co-writer du jour have going on here. These novels take place in an exotic setting --- the San Francisco Bay area --- and involve a threesome (their number reduced by one in 3rd DEGREE) consisting of a journalist, forensic physician, and SFPD Detective who find themselves involved on a personal and professional level in a series of grisly murders. Formulaic? Only to a point. Patterson is too good, too experienced a storyteller to pass off a color-by-number plot as a new work, and in 4th OF JULY --- his latest Murder Club novel --- he, with co-writer Maxine Paetro, once again retools the basic premise of the series with advantage to the reader. 4th OF JULY focuses almost entirely on Detective Lindsay Boxer, with physician Claire Washburn and reporter Cindy Thomas relegated to secondary roles and off the page for most of this fine work. Boxer initially is involved in the investigation of a series of murders taking place in transient hotels located in San Francisco's downtrodden Tenderloin district. One potential clue in the investigation is the presence of a black Mercedes in the area of the crime scene. When the car is spotted a week later, once again cruising the Tenderloin, Boxer becomes involved in a pursuit that ends badly for all concerned --- and with Boxer the defendant in a wrongful death action. Seeking to avoid the effects of strident pre-trial publicity that has gripped San Francisco, Boxer retreats to her sister's home in quiet Half Moon Bay south of the city. Boxer no sooner has her bags unpacked, however, when she becomes embroiled in an investigation concerning a number of improbable killings that are rocking the quiet village as it never has before. What attracts Boxer's attention is that there are similarities between these murders and the first killing that she investigated as a homicide detective a decade before --- a killing that remains unsolved. Boxer finds that her intrusion into the investigation raises the irritation not only of the local police force, but also the lethal attention of the perpetrators, a shadowy trio who seem to be everywhere at once. 4th OF JULY races along the double track of Boxer's trial and her de facto investigation of the Half Moon murders --- one of which could ring an end to her career, the other of which could end her life. 4th OF JULY is bookended by major surprises, so that from beginning to end one really does not know what to expect from page to page. Patterson and Paetro do an excellent job of describing San Francisco in general and the Tenderloin district in particular; the contrast between the seedy underbelly of the Tenderloin and the laid-back, comfortably wealthy feel of Half Moon Bay is

Published by Thriftbooks.com User , 17 years ago
Patterson just never seems to stop amazing me with his writing. In his latest whodunnit, the chapters just effortlessly go from by and before you know it, the reader is immersed in this great book. Definitely recommend.

Just in time for the Summer!

Published by Thriftbooks.com User , 17 years ago
Patterson never fails to keep you entertained. Yes, perhaps some of his recent stuff is not a great as it could be, but if you are reading him for the first time you will be asking yourself "what's all the fuss about, this guy is fantastic!" And yes he is very good. Just relax and enjoy this book for what is it, a good little summer beach book.

Published by Thriftbooks.com User , 17 years ago
Wow, what a story! There is a reason why James Patterson sells millions of books and great mysteries like 4th of July are the reason why. In the fourth installment of the popular Women's Murder Club series, Lieutenant Lindsay Boxer (the head of San Francisco Police Department's Homicide Division) is fighting to save her career after she is accused in a wrongful death suit, and at the same time struggling to help solve a series of grisly murders that have shaken the small town of Half Moon Bay, where she has retreated to chill out while on administrative leave from the SFPD. As the story unfolds Lieutenant Boxer is hot on the trail of a couple of suspects that she and her partner believe are responsible for a recent string of seedy motel murders. Turns out the suspects are two very youthful teenage siblings, and in the process of apprehending these two, Boxer is forced to use deadly force to defend herself and her partner. When all is said and done, Boxer's partner is critically wounded and unconscious, Boxer herself has been hit twice, a 15 year old girl is dead, and her 13 year old brother is paralyzed for life from the neck down. Was it a legitimate use of deadly force? Not in the minds of the parents it wasn't. And the media has already found her guilty without the benefit of trail! In Half Moon Bay someone is killing local residents in a gruesome fashion reminiscent of an unsolved homicide from Lieutenant Boxer's earliest days on the force. She is supposed to be laying low in the sleepy little seaside resort, gearing up the trail of her life, but when the killing starts, she finds herself hard pressed to remain disinterested and unengaged. Before long she is swept up in the investigation and a target for murder herself! A great weekend read. The chapters just fly by! Also recommended are the other three stories in the Women's Murder Club series: 1st to Die, 2nd Chance, and 3rd Degree. Be the first on your block to collect all four books!

4th of July Mentions in Our Blog 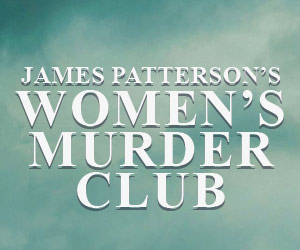 If you haven't joined the James Patterson Women's Murder Club yet, what are you waiting for? This series of novels are exciting, enticing, and full of suspense to captivate any reader.