The Star-Treader and Other Poems: The Nearly Lost Work of a Weird Tales Writer 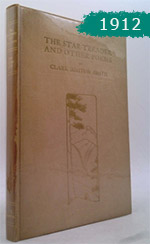 If you have heard the name Clark Ashton Smith before, it is almost certainly as one of the great triad of Weird Tales writers along with Robert E. Howard and H.P. Lovecraft. Before he was publishing tales of horror that took the grotesque to a new level, however, Smith crafted vivid poetry. In 1912, a limited edition was published by A.M. Robertson. Printed in only 2000 copies, this volume entitled The Star-Treader and Other Poems reads as an experiment in style, primarily as a continuation of the works of the English Romantic poets like Shelley and Blake but also showing some of early elements of the Modernism of his contemporaries Eliot and Pound. So rich is his poetry that one could devote a whole article to almost any feature. His variations in poetic form and rhyme, his depth of extreme emotions, his engagement with the natural world, and his preoccupation with the concepts of Beauty and Death are just a few of the qualities that, perhaps rightly, might lead one to agree with Donald Sidney-Fryer that Clark Ashton Smith was "The Last of the Great Romantic Poets."

A brief perusal of the collection reveals a menagerie of poetic forms and styles. Small rhyming quatrains (A Sunset) and octaves (Fairy Lanterns) are interspersed among longer blank verse pieces (The Song of a Comet); rhyming sonnets (The Retribution) are seated beside hymns (Chant to Sirius) and odes (Ode on Imagination). Smith plays with rhyme so that even between two poems of the same form 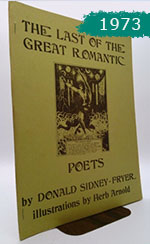 variety exists. In his take on the Petrarchan sonnet the octave usually bears the expected ABBAABBA pattern. In the sextet, however, all manner of variety is employed. The Eldritch Dark uses CDECED, while The Nemesis of Suns, only three poems away, employs CDECDE. The next poem, White Death, also a sonnet, introduces variety to both stanzas: ABBACDDC EEFGGF. In Retrospect and Forecast, which follows, we find another scheme: CDEEDC. With such variety in rhyme, Smith introduces a unique touch to each poem, giving each sonnet its own identity.

As with any Romantic, Smith's poetry deeply engages with the natural world. What sets Smith apart from his predecessors is his extensive use of multi-sensory imagery. The Cloud-Islands, for example, employs rich physical descriptions of the sea and land, emphasizing their brilliance and color through comparisons with precious gems. The Wind and the Moon, on the other hand, relies on auditory descriptions to trap the reader within the howling darkness. Some poems focus solely on describing a single element of the natural world like a snowfall (The Snow-Blossoms) or a pond (The Morning Pool). Others, like The Butterfly and The Soul of the Sea take a piece of the natural world as a springboard for pondering something greater. In the former, for example, the eponymous butterfly serves as a starting point for a meditation on both beauty and death. In others, it is the seemingly perfect creations of Nature that allow the speaker to begin to appreciate true beauty. In A Live-Oak Leaf and Pine Needles, for example, the simplest elements of deciduous and coniferous trees are treated as evidence of Nature's perfect art. 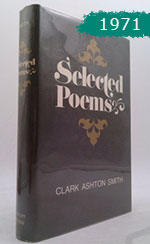 This preoccupation with Beauty, both as a quality and as an entity in its own right, is readily apparent throughout the collection. The noun itself occurs twenty-seven times. Of those, twenty are capitalized to signify the concept of Beauty, something akin to a Platonic Form atop the ladder in Plato's Symposium. It is the pursuit and appreciation of true beauty which seems to guide the speakers of several poems. The speaker in Ode to Music, for example, celebrates his subject as "Beauty bodied forth in sound" (43). For Smith, there is often an associated "cost" with beauty, however, whether found in the needles of a pine tree or in the chant of a song. The quatrain The Price makes it clear: even though there is beauty to be seen in the moon, there are beautiful stars being fully eclipsed. The cost is also explicit in A Dream of Beauty. Here the natural world's purity allows the speaker to glimpse Beauty itself but at the cost of his sight, "Mine eyes were dazzled, and I saw no more" (14). The reader is left to wonder if the momentary glimpse was worth the price.

If Beauty is a leitmotif throughout Smith's collection, so too is the concept of Death and its inevitability. The opening poem, Nero, announces as much. Its speaker struggles with his own mortality, wishing in vain for godhood to escape the bonds of Time and Death. Escape from Death and the mortal plane is the foundation of the titular poem of the collection: The Star-Treader. 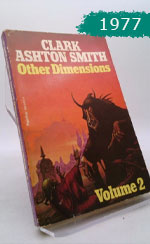 There "the webs of death and birth / are brushed away" (I.2-3) in a dream allowing the speaker the opportunity to know the universe, something prohibited by his mortal body. Yet a few of Smith's poems question whether divinity would offer any protection. The Olympians themselves provide an answer in The Masque of the Forsaken Gods. While the mortals, The Poet and The Philosopher, watch, several Greek divinities lament their resignation to irrelevance by Time and Death. Although they are ageless, their worshippers were not. Death has claimed their mortal followers and successive generations have forgotten them, as Pan explicitly states, "Man hath forgotten me" (65). Without worshipers they have no power, "throneless, discrowned, and impotent" (135), and are consigned to oblivion, as will be each new crop of gods. Not even divinity can provide freedom from death's power.

Despite its own beauty, The Star-Treader and Other Poems seems sadly consigned to the same fate as Smith's Olympians. Well remembered for his verbose and highly experimental short fiction, it is perhaps not totally surprising that the then-youthful Smith's somewhat late-to-the-party Romanticism has not received more critical attention, but a close inspection reveals that even at a young age, Smith had a grasp of form and sound that was well beyond his years and already displayed a fully developed ability to create powerful, moving imagery that he would later transform into some of the most bizarre scenes ever to be conjured up in the pages of Weird Tales. Any devotee of Smith's, of the Weird Tales authors, or of late Romanticism will find more than a little to interest them within these pages. 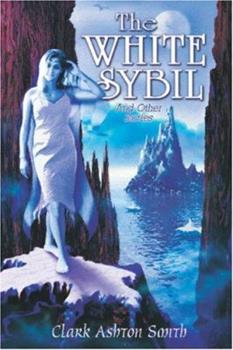 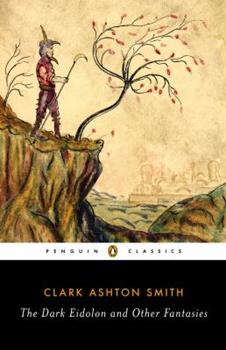 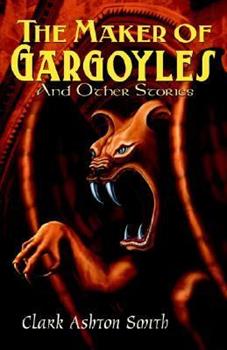 Drink Your Books in These 9 Literary-Themed Bars
10 Amazing Albums on Vinyl
Desperately Seeking Solace
Previous Post
Next Post
Copyright © 2020 Thriftbooks.com Terms of Use | Privacy Policy | Do Not Sell My Personal Information | Accessibility Statement
ThriftBooks® and the ThriftBooks® logo are registered trademarks of Thrift Books Global, LLC