A History of Morte Darthur

I've been recalling the Arthurian legend lately as we happened upon a very beautiful and special printing of Malory's Morte Darthur published by J.M. Dent in 1893/4 laboriously titled The Birth Life and Acts of King Arthur of his Noble Knights of the Round Table their Marvellous Enquests and Adventures the Achieving of the San Greal and in the End Le Morte Darthur with the Dolourous Death and Departing out of this World of Them All. The Text as written by Sir Thomas Malory and imprinted by William Caxton at Westminster the year MCCCLXXXV and now spelled in modern style. With an introduction by Professor Rhys and embellished with many original designs by Aubrey Beardsley and as such I was prompted to investigate. 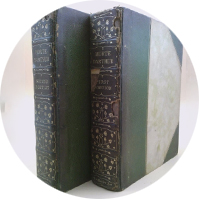 In 1891, a young artist named Aubrey Beardsley walked into London bookseller Frederick Evans' shop and met J.M. Dent, then a new relatively new publisher. The book dealer and publisher were engaged in a conversation about Sir Thomas Malory's Morte Darthur which at the time was undergoing a renewed popularity. Revived to great extent by Tennyson's Idylls of The King and the attention of many mid-19th Century artists like John Everett Millais, Dante Gabriel Rossetti, Edward Burne-Jones, and William Morris—namely, the Pre-Raphaelites. Their work aimed to counter modern industrialization often subjectively employing literary themes like the Arthurian legend.

Dent was encouraged by Evans to publish an illustrated version of Morte Darthur along the artistic lines of William Morris's Kelmscott Press yet "on the cheap" so-to-speak, and successfully argued that Beardsley be given the contract (Beardsley would often trade his art for Evans' books.) This was Beardsley's first formal commission and it represented hundreds of designs, small drawings, letters and the covers. Beardsley undertook several smaller commissions during the Morte Darthur project, including Fanny Burney's Evelina and Oscar Wilde's Salome (after publication Beardsley's ribald illustrations garnered more attention than Wilde's words) and as his fin-de-siecle style rapidly developed, his interest in Morte Darthur waned. Eventually, his mother demanded he finish the work fearing he be considered "unprincipled." He completed the commission and concluded that the cheapness of the printing had diminished the quality of his work. William Morris believed Beardsley essentially copied the Kelmscott Press Arts and Crafts Style and poorly so. Nonetheless, the Dent/Beardsley Morte Darthur, remains an exquisite example of 19th Century British book illustration fully achieving a traditional respect for the appearance of a book. 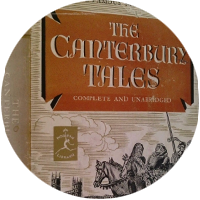 One of 1800 copies of the first edition, 300 printed on Dutch Hand Made paper and 1500 ordinary copies, the text is that printed by Caxton in 1485, in Southey's edition of 1817, and revised for this edition. The Caxton version of Malory's Morte Darthur published in 1485 was distinguished in 1934 by the discovery of the Winchester Manuscript, found at the Fellows Library Winchester College by W. F. Oakeshott. Scholars have argued and perhaps agree that the Winchester Manuscript is a closer approximation to Malory's actual words but for centuries leading up to its discovery, the 1485 Caxton version stood at the center of English Literature as the Malory. (Two copies of Caxton's publication are known to exist, one at the Pierpont Morgan Library and one at the John Rylands Library in Manchester.) Contextually, Malory's Morte Darthur work falls between Chaucer's Canterbury Tales and Spenser's Faerie Queen—each separated by approximately 100 years.

In my middle school years, Marion Zimmer Bradley published The Mists of Avalon. I recall my classmates and I were beyond captivated and our teacher, thankfully, allowed us to use her work—a heroic fantasy novel—as an adjunct to our school-supplied Mentor paperback copy of Malory's Le Morte D'Arthur for our semester long seminar. 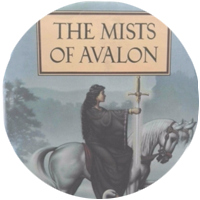 In order fully comprehend some of the themes like sin, destiny, and chivalry, we also relied upon John Boorman's cinematic masterpiece, Excalibur. Our scholarship culminated in a reenactment and banquet in full regalia, peppered with nearly inedible dishes laced with anise, lavender and saffron. Later in travels, I would often find Bradley's The Mists of Avalon, once even on the lush Portuguese island of Madeira, and readily purchase any copy just to have it near me as an obviously intelligent and welcome travel companion.

The volumes with all their beauty, structure, and illustrations speak to the legend its timeless characters and represent more than I imagined when I initially eyed them from afar. Though we don't often see volumes of this import and uniqueness, we do occasionally come across many titles that anyone interested in exploring the Arthurian legend will undoubtedly enjoy. T.H. White's modern adaptation of Malory, The Once and Future King; Mark Twain's satire, A Connecticut Yankee in King Arthur's Court; and John Steinbeck's posthumous publication, The Acts of King Arthur and His Noble Knights; as well as children's adaptations such as Sidney Lanier's The Boys King Arthur, illustrated by N.C. Wyeth and Henry Firth's King Arthur and His Knights, illustrated by Frank Schoonover are often located on our Collectibles page. And yes, the Dent/Beardsley may also be located there as well!

Drink Your Books in These 9 Literary-Themed Bars
10 Amazing Albums on Vinyl
Desperately Seeking Solace
Previous Post
Next Post
Copyright © 2022 Thriftbooks.com Terms of Use | Privacy Policy | Do Not Sell My Personal Information | Accessibility Statement
ThriftBooks® and the ThriftBooks® logo are registered trademarks of Thrift Books Global, LLC