For 30 years, Tom Stienstra’s full-time job has been to capture and communicate the outdoor experience. This has led him across California—hiking, boating, fishing, camping, biking, and flying— searching for the best of the outdoors and then writing about it.

Tom is the nation’s top-selling author of outdoors guidebooks. He has been inducted into the California Outdoor Hall of Fame and has twice been awarded National Outdoor Writer of the Year, newspaper division, by the Outdoor Writers Association of America. He has also been named California Outdoor Writer of the Year five times, most recently in 2007. Tom is the outdoors columnist for the San Francisco Chronicle; his articles also appear in newspapers around the country. He broadcasts a weekly radio show on KCBS-San Francisco and hosts an outdoor television show on CBS/CW San Francisco.

Tom lives with his wife and sons in Northern California.

The author of 12 outdoor guidebooks, Ann Marie Brown is a dedicated California outdoorswoman. She hikes, bikes, and camps more than 150 days each year in a committed effort to avoid routine, complacency, and getting a real job.

Ann Marie's work has appeared in Sunset, VIA, and Backpacker magazines. As a way of giving back a little of what she gets from her experiences in nature, she writes and edits for several environmental groups, including the Sierra Club and the Natural Resources Defense Council. When not cycling along a California trail, Ann Marie resides near Lake Tahoe.

Moon California Camping: The Complete Guide to More Than 1,400 Tent and RV Campgrounds

California Fishing: The Complete Guide to Fishing on Lakes, Streams, Rivers, and the Coast (Moon Outdoors)

Moon California Hiking: The Complete Guide to 1,000 of the Best Hikes in the Golden State

California Camping: The Complete Guide to More Than 50,000 Campsites for Tenters, Rvers, and Car Campers (10th)

Moon West Coast RV Camping: The Complete Guide to More Than 2,300 RV Parks and Campgrounds in Washington, Oregon, and California

Moon Pacific Northwest Camping: The Complete Guide to Tent and RV Camping in Washington and Oregon

Pacific Northwest Camping: The Complete Guide to More Than 45,000 Campsites in Washington and Oregon (5th ed) 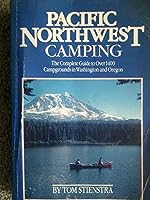