Ron Paul, a ten-term congressman from Texas, is the leading advocate of freedom in our nation's capital. He has devoted his political career to the defense of individual liberty, sound money, and a non-interventionist foreign policy. Judge Andrew Napolitano calls him ""the Thomas Jefferson of our day.""

After serving as a flight surgeon in the U.S. Air Force in the 1960s, Dr. Paul moved to Texas to begin a civilian medical practice, delivering over four thousand babies in his career as an obstetrician. He served in Congress from 1976 to 1984, and again from 1996 to the present. He and Carol Paul, his wife of fifty-one years, have five children, eighteen grandchildren, and one great-grandchild.

Ron Paul, the New York Post once wrote, is a politician who ""cannot be bought by special interests.""

""There are few people in public life who, through thick and thin, rain or shine, stick to their principles,"" added a congressional colleague. ""Ron Paul is one of those few.""

The Revolution: A Manifesto

The School Revolution: A New Answer for Our Broken Education System 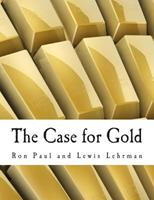 Case for Gold: A Minority Report of the United State Gold Commission 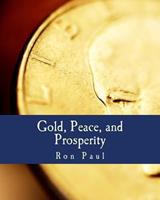 Gold, Peace, and Prosperity: The Birth of a New Currency

Swords into Plowshares: A Life in Wartime and a Future of Peace and Prosperity

Freedom Under Siege: The U.S. Constitution After 200 Years

Trustpilot
Copyright © 2022 Thriftbooks.com Terms of Use | Privacy Policy | Do Not Sell My Personal Information | Accessibility Statement
ThriftBooks® and the ThriftBooks® logo are registered trademarks of Thrift Books Global, LLC