Hilary Knight's whimsical, humorous illustrations have given life to the classic characters Eloise and Mrs. Piggle-Wiggle. Once he sets his pen to a story, he renders it so enchantingly that you can't imagine anyone else giving life to the book.

Hilary Knight's career as a children's illustrator changed forever when he was introduced to Kay Thompson, who had an idea for a book about a six-year-old girl she had made up as a sort of alter ego. Knight sent Thompson a Christmas card with a drawing; the two cloistered themselves in a room at the Plaza, and Eloise was born. Her 1955 debut was a smash.

Knight has been in the press as Eloise's de facto representative since Thompson passed on in 1998 and her titles were freed for republication. But his contribution to children's literature is vaster, and his talent for creating evocative, singular illustrations is peerless. His work on Betty MacDonald's Mrs. Piggle-Wiggle series in the late 1940s, for example, was another case of his creating images that became inextricable from the stories; so much so that when Maurice Sendak took over the job for one Mrs. Piggle Wiggle title (Mrs. Piggle-Wiggle's Farm, 1954), even that legendary illustrator's work seemed somehow unsatisfying. Knight had already left his imprint on the job with the flowing lines that had brought the story to life, seemingly drawn by MacDonald's words themselves.

In the MacDonald books, Knight lent his drawings of oval-faced, pixie-ish characters a certain ethereal quality, so that they often appear to be floating or vibrating. He accomplished the same conveyance of mood for the Eloise books, giving everything – especially the stringy-haired, peripatetic Eloise -- a sense of swanlike exuberance. It was with the Eloise titles that Knight had an opportunity to expand his art's relationship to a story; and the detail and scope evident in those books is often breathtaking and delightful. His work for other authors, including the The I Hate to Cook Book by Peg Bracken (for adults) and Sunday Morning by Judith Viorst, shows his versatility.

Though he has primarily been known as an illustrator for other writers, Knight has also had sole billing on a few titles of his own. The best known of these is Where's Wallace, featuring an orangutan antecedent to Waldo, and it's an excellent example of Knight's ability to create a virtual circus (or, in this case, zoo) on the page. He has also revived classics such as Cinderella, The Owl and the Pussycat, and The Twelve Days of Christmas, all of which show a softer, more textured style than in his other books. His work is always magical and alluring.

Eloise's visual inspiration was from a painting that Knight's mother did in the 1930s. He had plenty of encouragement: He told Barnes & Noble.com, ""I started as a craftsman in my early teens -- family friends were trapped into buying jewelry, paintings, and 'objects' even before they got to the safety of our living room.""

Eloise has a sort of doppelganger in Ian Falconer's irrepressible pig, Olivia. His Olivia and its sequels earned a coveted book blurb/blessing from Knight: ""Eloise has met her match! We love Olivia!""

Knight's parents, Clayton Knight and Katherine Sturges, were successful illustrators also. Knight attended art school but his studies were interrupted by World War II, and he enlisted in the Navy. After almost two years of service, he began working as a magazine illustrator.

The origin of Eloise's dog Weenie, according to Knight in a 1999 Newsday article, came from one of Thompson's notes on the story that she gave to Knight before he began work on it. ""I was intrigued by pugs long before Eloise. Kay gave me a piece of paper that read, 'I have a dog that looks like a cat,' and my original drawing was neither dog nor cat. It obviously wasn't right. Just about then the Duchess of Windsor began collecting pugs - at that point the Windsors were taken seriously as arbiters of fashion.""

Well into his 70s, Knight says he is ""still standing, with a pen in my hand."" He reserves special admiration for fellow artist and renowned cariacaturist Al Hirshfeld: ""[He] is my inspiration and should be to everyone. Here is a man at 100 whose work is consistently terrific."" 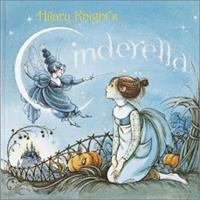 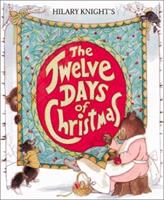 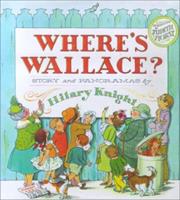 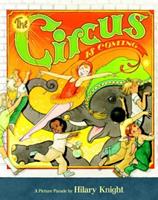 The Circus Is Coming 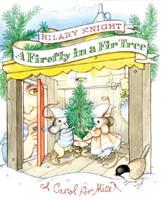 A Firefly in a Fir Tree: A Carol for Mice 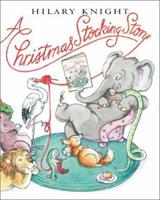 Eloise Goes to the Beach 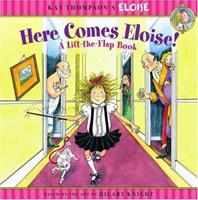 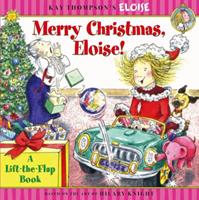 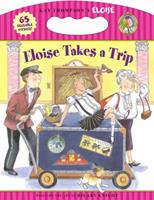 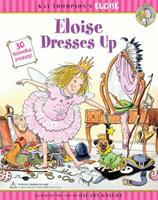 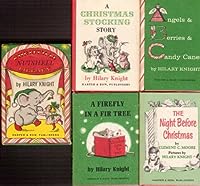 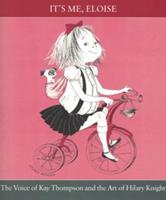 It's Me, Eloise: The Voice of Kay Thompson and the Art of Hilary Knight

Trustpilot
Copyright © 2022 Thriftbooks.com Terms of Use | Privacy Policy | Do Not Sell My Personal Information | Accessibility Statement
ThriftBooks® and the ThriftBooks® logo are registered trademarks of Thrift Books Global, LLC