At 66 Years Old, Bill Cosby is Hotter than Ever

With his new book I Am What I Ate…and I’m Frightened, an animated series based on his best-selling book Fatherhood to launch in January on Nick at Nite, a movie based on his character Fat Albert about to go into production, his Little Bill animated series airing daily on Nickelodeon and Saturday mornings on CBS, and “The Cosby Show” in syndication, Bill Cosby continues to be as prolific and relevant as ever, reaching every generation and every audience since he began his career in stand-up four decades ago.

He is one of the most influential performers of the second half of the 20th century. He has had an unparalleled career in television; has sold more record albums than any other comedian; his blockbuster books have sold millions of copies; and his generous support of numerous charities, particularly in the field of education, have endowed many Americans with the gift of hope and learning.

Through his groundbreaking appearances on television, particularly in two landmark series each of which defined an American decade, Bill Cosby has touched the lives of millions of Americans. In the 1960s, ""I Spy"" broke the racial barrier in television by featuring Cosby as the first-ever black lead of a weekly dramatic series. In the 1980s, Cosby returned to television with a show that Coretta Scott King described as ""the most positive portrayal of black family life that has ever been broadcast."" ""The Cosby Show"" enjoyed years of number-one ratings and nearly unanimous critical praise.

Cosby's success on television has been matched in other areas. In 1986 he broke Radio City Music Hall’s 53-year-old attendance record for his concert appearance. Cosby's also a giant in the publishing world. Fatherhood (1986) became one of the fastest-selling hardcover book of all time, remaining for more than half of its fifty-four weeks on The New York Times Best Seller List as Number 1. It has sold 2.6 million hardcover copies and 1.5 million paperbacks. Time Flies had the largest single first printing in publishing history—1.75 million. Now, I Am What I Ate…and I’m Frightened is poised for the bestseller list.

A crusader throughout his career for a better world, his great success in the world of entertainment is complemented by his involvement with a host of charity organizations, making substantial gifts in support of education, most notably to predominantly black colleges and to various social service and civil rights organizations.

On the evolution of his own style of comedy, Bill Cosby states that he was drawn at an early age to the masters of jazz, learning to emulate in comedy their ability to take an idea and continually find new and innovative ways of expressing the same theme. The legacy of Bill Cosby's comedic genius is as sweet, meaningful and universal as any piece of music ever played.

My Big Lie (A Little Bill Book for Beginning Readers)

How to Use the Power of the Printed Word

Come On, People: On the Path from Victims to Victors 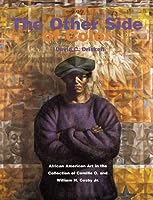 The Other Side of Color: African American Art in the Collection of Camille O. and William H. Cosby, Jr. 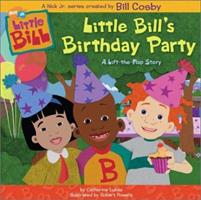 Cosbyology: Essays and Observations From the Doctor of Comedy

Congratulations Now What: A Book for Graduates 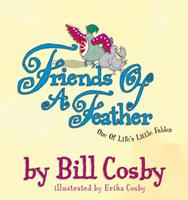 Friends of a Feather: One of Life's Little Fables 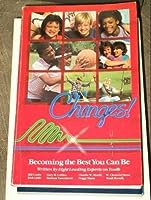 Changes: Becoming the Best You Can Be

I Am What I Ate...And I'm Frightened!!! And Other Digressions From The Doctor Of Comedy 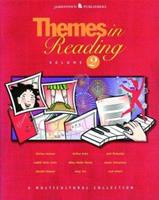