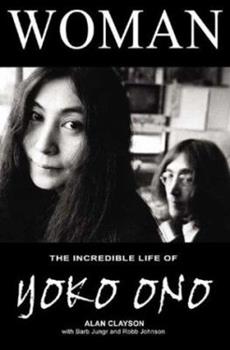 Although most famous as John Lennon's widow, Yoko Ono has many strings to her bow and, given her media profile, it is a wonder that there have never been any major books written about her life. While most writers usually talk about the part she played in breaking up the Beatles, this book bucks that trend, focusing on her extraordinary life, from her childhood in Nagasaki to her move to London in the '60s where she joined the community of avant-garde...

Great book about the greatest artist of our time.

Published by Thriftbooks.com User , 13 years ago
Yoko Ono is, without a doubt, the greatest artist of any genre of all time. It is rare enough that a book is devoted to this musical legend, let alone one that is of the quality of this. Previously, books about Yoko Ono were either extraordinarily hostile, or squeezed between page, after page of information about John Lennon. This unique book, however is off the beaten path. It is written in a refreshingly favorable manner towards Yoko Ono. It is loving. We get the most complete information about Yoko Ono from the very early days of her life, until the current times. The book provides ample information which is not available elsewhere about her troubled childhood until her marriage with John Lennon, and after that, and of course, her legacy on popular music. Overall, "Woman: The Incredible Life Of Yoko Ono" is well worth the cover price, and more. You will not be able to find a more complete source of information about this wonderful and historic woman. It is an absolutely essential edition to any Yoko Ono fan's library. I hope this was of help, and that it inspires you to purchase this magnificent book.

A great biography for a remarkable woman

Published by Thriftbooks.com User , 15 years ago
This is the first accomplished and serious book about one of the greatest artists of the 20th century: Yoko Ono. Villified and misunderstood, Ono now is getting some acknowledgement for her impressive works in music, arts and her political activism. This book is definitely a must.

Published by Thriftbooks.com User , 17 years ago
I love The Beatles. Yoko's story is pretty interesting. The films she has made and how she has been living through John's death. Most Beatle fans don't like Yoko but I do. She may not be the best singer but she's been living for nearly 70 years. Read this book. I think you'll like it.
Trustpilot
Copyright © 2022 Thriftbooks.com Terms of Use | Privacy Policy | Do Not Sell or Share My Personal Information | Accessibility Statement
ThriftBooks® and the ThriftBooks® logo are registered trademarks of Thrift Books Global, LLC