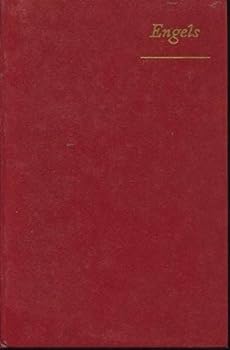 The Origin of the Family, Private Property, and the State, in the Light of the Researches of Lewis H. Morgan

How the emergence of class-divided society gave rise to repressive state bodies and family structures that protect the property of the ruling layers and enable them to pass along wealth and privilege. Engels discusses the consequences for working people of these class institutions -- from their original forms to those of modern times.

Why doesn't the war of the sexes ever end?

Published by Thriftbooks.com User , 19 years ago
Why is society so cruel? It seems to be self-defeating. Why doesn't the war of the sexes ever end? In no other species do the two sexes battle against each other.In this book we learn that things weren't always this way. In fact, oppression and exploitation are recent inventions, if we count that human history dates back EIGHTY thousand years since the rise of homo sapiens sapiens. At one point most cultures suddenly became sedentary and agriculturalist - and private property in the land emerged. Private property of land resulted in an overthrow of the matriarchal family by its male members and in the establishment of a separate group of men who violently protect unequal relationships (the state as we know it today). All happened together in a revolution that occurred in the course of just a few generations some SIX thousand years ago.Nonetheless, the moral of this story is one of hope. If we were capable of remaking ourselves once, and based on that have advanced dramatically in a limited sense of creating material culture, then humankind can remake itself again and found a culture that enriches all aspects of everyone's lives. But this time the redesign will have to be conscious and conscientious, the beginning of a humane human history in which all participate on an equal basis. Such is the future that socialism and communism promise for us.As a companion to this volume, be sure to read Women's Evolution, by Reed. Written a century later, it shows that anthropology's evidence overwhelmingly coincides with the theory Engels put forward in this book.

Published by Thriftbooks.com User , 20 years ago
Anthro major? You might be surprised how much and how many tools come from Engels, as in Marx and Engels of Capital fame. The same analytical tools they applied to economics (That are used every day) here are applied to anthropological study of the basis of our present day social institutions. Relevant today, as much as for info as for seeing where the ideas discussed lead to the arguments and theories of today.

Published by Thriftbooks.com User , 20 years ago
Was human society always overseen by a military and police force? Was wealth and the means of producing more wealth always the private possession of individuals or a small section of society?Were women always at the bottom of society, treated primarily as sex objects and machines for child-bearing and child-raising?And is this humanity's destiny?In this book published in 1884, Fredrich Engels answers the above questions in the negative. His book is based on anthropological data available in his day from societies around the globe. New discoveries since have confirmed his conclusions and the book is remarkably relevant today.

To change society we have to understand it

Published by Thriftbooks.com User , 20 years ago
This is a serious, scientific and materialist analysis of development and change in human society and its institutions. Frederick Engels, who along with Karl Marx was one of the central founders of the modern communist movement, wrote this book in the late 1800s based on the latest developments in the then-new science of anthropology. Studying it can help us understand society and be better prepared to organize and work to change it. Engels takes up the rise of the state and of the family and the oppression of women as early societies became more productive, making possible the division of groups of human beings into those who produce and those who live off them, and the need of the exploiters to perpetuate this state of affairs. The Pathfinder Press edition also has a valuable introduction by Evelyn Reed, long-time socialist activist and author of works including "Woman's Evolution," "Sexism and Science," "Cosmetics, Fashion and the Exploitation of Women," and "Problems of Women's Liberation."

Published by Thriftbooks.com User , 22 years ago
Engels wrote this book more than a hundred years ago, attempting to prove that the family, the private property and the state are not "natural" institutions, but results of a historical development starting with the first farmer-societies. As the material basis of the society changed, it opened room for a ruling class, needing these institutions to maintain and protect their position.At the time Engels wrote this book, the scientific material available was very small. Since then the scientific material has increased dramatically, and parts of the material Engels based his work on have shown not to be too accurate. However his conclusions are surprisingly accurate, even after a hundred years.The most interesting part about this small book is Engels historical method. Engels attempts to have a strictly historical-material view on the development of mankind, emphasising the economic and material basis of the society.The conclusion is politically very important. Since different kinds of oppression has developed throughout history, oppression can be ended throughout history, giving a scientific fundament to change the world and put an end to oppression."The Origin of..." is a Marxist classic, truly showing the scientific character of Marxism.
Trustpilot
Copyright © 2022 Thriftbooks.com Terms of Use | Privacy Policy | Do Not Sell My Personal Information | Cookie Preferences | Accessibility Statement
ThriftBooks® and the ThriftBooks® logo are registered trademarks of Thrift Books Global, LLC