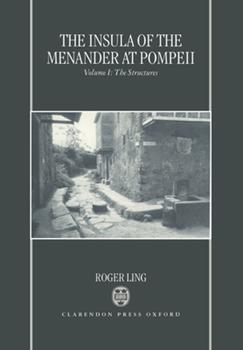 This is the first of a three-volume analysis of the internationally renowned archaeological site called the Insula of the Menander, a major city block in ancient Pompeii. Volume one deals with the architecture within the block, especially with the House of Menander, the grand villa for which the site was named. Subsequent volumes will consider the decorations and household objects found during excavation.