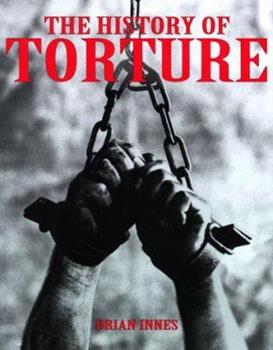 The History of Torture

A fascinating, often-gruesome, account of the use of torture throughout history, this work is meticulously researched, and enhanced by 110 etchings, photos, and paintings.

This One is Pretty Good.

Published by Thriftbooks.com User , 19 years ago
I hate to repeat myself, but this book covers topics you are familiar with. It is done far better than other accounts of similar subjects covering torture through time in that Innes actually takes one through time. Nice job

Published by Thriftbooks.com User , 22 years ago
An extensive overview of torture, containing much photographic and illustrative detail. The sections range from torture in ancient Greece and Rome, the Far East, the Inquisition, the Spanish Inquisition, instruments of torture (such as the infamous Spanish "strappado") torture in the twentieth century, the campaign against torture (spearheaded by the likes of Voltaire and Edmund Burke) and psychological torture -- "the torture of the mind" -- i.e., brainwashing and the like.

A very mesmerizing book on the cruelties of mankind .

Published by Thriftbooks.com User , 22 years ago
I found this book to be concise summary on the use of torture in our past and present society. It was not overly lengthy in content, but summarized the use of torture both for punishment and 'justice'. The cruelties of mankind toward his fellow man are hard imagine. Often these were undertaken in the name of God. I highly recommend this book to anyone who is interested in this subject.

Mr. Innes has captured the essence of man's need to torture.

Published by Thriftbooks.com User , 23 years ago
Mr. Innes has produced a worthy book. His understand and exposition of the methods and the reasons for torture is excellent. He has proved his assertion that torture results from the emotion of fear and he has shown that torture is a tool of "average" people. That makes torture even more frightening because we, the readers, come to understand that torture doesn't have to be done by the stange or abnormal individual.
Trustpilot
Copyright © 2022 Thriftbooks.com Terms of Use | Privacy Policy | Do Not Sell or Share My Personal Information | Accessibility Statement
ThriftBooks® and the ThriftBooks® logo are registered trademarks of Thrift Books Global, LLC