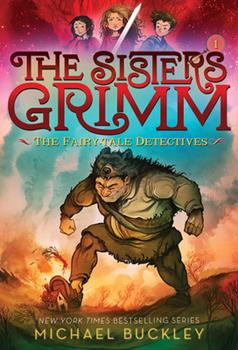 (Book #1 in the The Sisters Grimm Series)

Enter a world of fractured fairy tales and magical mysteries in this first installment of the beloved New York Times bestselling Sisters Grimm series Orphaned sisters Sabrina and Daphne are sent to live with their newly discovered grandmother, Relda Grimm, in the strange town of Ferryport Landing. The girls soon learn a family secret: that they are descendants of the famous Brothers Grimm, whose book of fairy tales is actually a history book. When...

Published by Amazing Series!! , 1 year ago
It's easy for kids to read. Tons of action, humor and Magic!!

Published by Thriftbooks.com User , 15 years ago
Sabrina and Daphne Grimm are orphans ever since their parents disappeared. Since then, they've been shuffled from foster home to unpleasant foster home. And the girls have gotten very good at running away. But that was before a woman claiming to be their grandmother took them in and brought them to the little town of Ferryport. Sabrina's of the opinion this boring little town is just another place to run away from. But looks can be deceiving . . . Michael Buckley has created a delightful new series that's part mystery, part fantasy, and part adventure. Ferryport is a special town, with an unusual population that includes pixies, dwarves, and all the other kinds of characters that ever populated fairy tales and legends. The Grimm sisters quickly discover that they are heirs to a family legacy that includes writing the continuing history of these "Ever Afters" and solving Ferryport's mysteries. In this case, that mystery includes the appearance of a giant. But not to worry, the Grimm sisters are on the case! Buckley manages to take the tropes of a good mystery novel and create a cast of fairy tale characters to fill the roles and provide the clues. The writing is intelligent and witty without overwhelming the young reader or becoming to simplistic for the audience. At two hundred and eighty pages or so, this will be a decent read for the youngster graduating from the shorter series work and still seeks for something in the same format. Even for an adult reader like myself, the story had me hooked from the beginning, and while I had some notion of how it was going to play out, even I was surprised by a few of the twists and turns the story took. Buckley creates some grand characterizations and a some very good chuckles, such as Jack working in a men's Big and Tall shop. The books themselves are as well crafted as the story. Taking after the Series of Unfortunate Events, these books are smaller than the average hardcover, with a cloth cover rather than a dust jacket. They also have the riffled pages, which make the books more aesthetically pleasing, and the pages easier to turn. Peter Ferguson's occasional black and white illustrations provide some delightful breaks between the text and help the readers visualize the events as they occur in the book. The audience for this book will likely range from advanced readers in third grade through fourth and fifth grade audiences. It is probably a little too advanced if the child is just beginning to read series like The Magic Tree House or Dragonslayer's Academy, but just right if they have gotten to the end of those series and are ready for something that's a bit more challenging. Likewise, readers that are cutting their teeth on Hardy Boys, Nancy Drew or the Boxcar Children will probably enjoy this new brand of detective fiction, especially if they also enjoy a bit of fantasy in the mix. If you enjoy this story, there is a second book out in The Sisters Grimm series, THE UNUSUAL SUSPEC

Published by Thriftbooks.com User , 15 years ago
The Author of this book came to my school about a month ago and everyone was comepletely entranced! About a week later we went to the school library and about five copies were sitting there. I was one of the lucky kids who got there first! This book is really great and I love how Michael Buckley combined danger, humor, and fun. This is a fantastic book, I' ve read the second one too, and I hope the 3rd one comes out soon. Emily

Published by Thriftbooks.com User , 16 years ago
Michael Buckley has reinvented our favorite fairy tales and takes readers on a surreal romp through magical forests and enchanted balls. It's funny, touching and even terrifying at times. Prince Charming is a corrupt mayor with one of the seven dwarves as his lackey and limo driver, the Big Bad Wolf is a tormented, yoga-practising, modern-day werewolf, and Jack (of beanstalk fame), works at the local men's Big and Tall store and is presented as a pompous, thieving delinquent. What's not to love here?

I found my son reading this book -- and not on his X-box!

Published by Thriftbooks.com User , 16 years ago
The author came to my son's school and spoke to a gymnasium full of kids. When my son came home, he couldn't stop talking about it. He thought the author was the funniest adult in the world. Apparently, Mr. Buckley taught the kids how to write their own fairy tale, and let the kids participate. From what my son told me, they created the story of a bald princess who had to shave the back of an elf in order to get hair. Anyway, I'd never seen him so excited to read a book. He was not disappointed and read the whole thing in two days. This book is over 200 pages! I couldn't believe it. I figured he'd forget about it, but then he said he found out the next one comes out on Halloween and he wants me to pre-order it for him AND, get this, he wants to read the original Brother's Grimm fairytales. As I remember, those are pretty messed up, but I suppose they can't be any worse than playing "Halo." Anyway, I started reading this book for myself, and I have to admit, it's brilliant and amazingly funny. I don't know if the Harry Potter books are this well written, but from what I've seen in the movies, they're not this funny. And it's not toilet humor. It's WITTY. In fact, I was surprised how much my son liked it, considering how smart it is. The author has won me over as a fan as well, and I'm a 41 year old man. Dear God, please don't tell my golfing partners. Anyway, I was so impressed I felt I had to write a review. Anything that can get my kid to read rather than sit on his butt playing video games is a godsend.

The Fairy-Tale Detectives Mentions in Our Blog 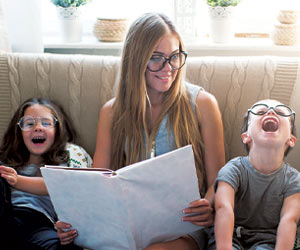