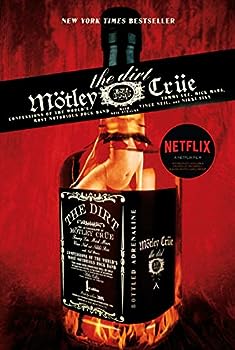 The Dirt: Confessions of the World's Most Notorious Rock Band

This description may be from another edition of this product. Celebrate thirty years of the world's most notorious rock band with the deluxe collectors' edition of The Dirt --the outrageous, legendary, no-holds-barred autobiography of M tley Cr e. Fans have...

Published by Mike , 20 days ago
The Book is in acceptable condition but it looks really good and is a good read just a couple chapters in and I'm hooked .

This review is NOT about the story!!

Published by Thriftbooks.com User , 2 years ago
I posted a review earlier about my books condition. Good condition was NOT what I would have called it. I actually picked up my book yesterday to look at the colored photo pages in the middle and had over half of them fall out! Also, the front cover looks like it has been next to something letting of steam. Is wavy in shape. Not a very happy customer right now. Sorry, I know this is pretty much for reviewing the story. Just wanted to get this out.

What you would expect ... AND MORE!

Published by Thriftbooks.com User , 4 years ago
Even a die hard fan will find some new bits of debauchery in this classic tale. One of those books I couldn't put down. Well written, easy to follow and entertaining! There needs to be a sequel for the latter part of their career.

Published by Thriftbooks.com User , 19 years ago
I'm not a fan of Motley Crue (the people or their music) but this book came to my attention through all of the stories I have heard over the years. As far as rock biographies go, it's a fast paced read. Motley Crue epitomizes the message of "Sex, Drugs, and Rock N' Roll!" So since there are so many other reviews I think I'll just share what I have learned about the band members through their 430 page opus.Vince Neil has the most penultimate tear-jerker in the chapter that deals with the death of his daughter. In a book made to shock and astonish, this was as touching a moment as anything I have read. Beyond his love and loss, he comes off like a stand-up guy who enjoys the life style and isn't making excuses.Nikki Sixx had a rough childhood and has so many father-son issues it's not even funny. While I respect the fact that he's been through more turmoil than I'll ever know...get over it. There's nothing more pathetic than listening to rock star millionaires pining away about how sad they are. I guess money can't buy happiness.Mick Mars has the least to say in this book and this left me the most intrigued. He has battled rough times from personal illness to divorce to just plain being the victim of emotional abuse. I'm amazed he stayed with the band as long as he has. His is the true sad story in The Dirt.Tommy Lee...moron. Here is the epitome of a millionaire jerk who just never learns. How a guy like this managed to bag babes like Heather Locklear, Pamela Anderson, and Carmen Electra...is beyond me. Don't expect to learn anything from his chapters except to see a spoiled baby who is used to getting anything he wants, and if he doesn't then the tantrums start...then and now.It's a testament to this book that I enjoyed reading it. The chapters flow quickly telling each band member's story and author Neil Strauss never slows down. And unlike biographies by other rock groups, these characters actually have some bizarre stories to tell...and how they survived is beyond me. While I may not be racing out to buy any Crue music, I'm very happy that I read this biography.

One of the best books of the year!!!

Published by Thriftbooks.com User , 20 years ago
First of all, I am not a Motley Crue fan and have never been one. I can't even name a song. But of course, being an avid watcher of VH1 and E!, etc. I know the members and some of their "history".The book sounded interesting so I bought a copy and sat down one night to read. Wow! I really had a difficult time putting it down. These guys are really, really out of their minds!I can't say how impressed I am by their candor. No matter what they did, they are more than willing to take responsibility for it. They give a whole new meaning to out-of-control.The writing was humorous, witty, engaging, thoughtful and emotional. So emotional at times that it was heart wrenching when Vince describes the death of his daughter, Skylar. I got so choked up!These guys get so many kudos for being embarassingly honest about their roots, behavior and image. Most stars would never be so willing to call themselves a nerd or an a--hole.Reading about how they came together and reached the peak, then toppled was truly fascinating. So many stories about celebrity interactions are also mixed in, which was great! I always suspected that Pamela was no good. Also enjoyed the chapters from the managers, former managers, etc. Very interesting to get a different version of the same story recounted in others' chapters.I do admit that I learned some new things about the female anatomy which I could have done without but that just adds to the story. This book really is a celebration of talent and where it can take you if you are willing to give it your all. It is really a shame that these talented guys got sucked in to a decadent lifestyle of booze, drugs and women that it ultimately affected their talent.They can count me as a fan albeit a late one.

The Dirt: Once you're in, you'll never want out

Published by Thriftbooks.com User , 20 years ago
The Dirt is a furious and vicious rollercoaster ride into the lurid, depraved and deliciously exciting world of Motley Crue. Like any good rollercoaster, this book will can make you cry, laugh and may even turn your stomach a little. And when you've gotten off and have caught your breath, you suddenly find yourself where you started, back on page one, ready for another ride. This book is so well-written it feels more like real-time than reading an autobiography...I guess that explains why I couldn't put it down: on some primative level I know I shouldn't acnowledge, I was afraid I'd miss something. You'll learn all kinds of things you didn't know, things you've always wondered about will be explained, and things you never thought humanly possible will be elaborated upon with titillating detail, as recalled by the 4 original members of the band In short, if you're a Motley Crue fan, you'll love this book. If you hate Motley Crue, you'll love this book. And if you have no idea who Motley Crue is...well, you really NEED this book! Enjoy it, Respectfully, CAT

Wow! Man, be prepared to be blown away!

Published by Thriftbooks.com User , 20 years ago
Most people know that Motley Crue was/is a crazy band. We know the stories of them dating playboy playmates, getting crazy with Ozzy Osbourne and doing crazy drugs. But, in The Dirt, you get all the nasty, gutrenching information on one of the greatest Rock N Roll bands to ever walk this earth. The book covers each of the band members childhood. To the suprising story of Vince Neil growing up on Compton, CA and already getting hot chicks at age 16, to Nikki's very strange and sad childhood. The book covers the Crue's early days of partying, which should warn people to be get ready to be shocked, amused, grossed out, stunned and freaked out. The book also captures each of the band members honesty. Neil Strauss not only did a great job of writing, but also getting each band member to open up. The chapater on Vince losing his daughter was very tough to read. I must admit, I got emotional. The stories about all the girls is crazy and fun to read. It makes you feel want to be one of the guy's so much, but then you read about how these guys have sufferd in life as well. Not just with heavy drug use, but losing money and family. At the end of the book, you will most likely take a deep breath and say...Wow! I cannot believe these guys lived through all this. Weather your a Motley Crue fan or even a Rock N Roll fan for that matter, this book is a must read. I always thought only a movie and not a book could blow me away, but I was very wrong after I read "The Dirt"

The Dirt: Confessions of the World's Most Notorious Rock Band Mentions in Our Blog 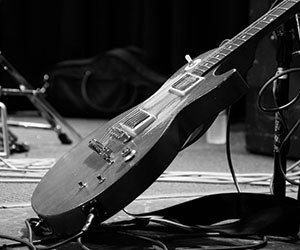