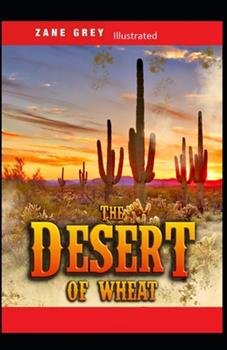 The Desert of Wheat Illustrated

The Desert of Wheat is a thrilling and romantic tale of sabotage in the wheat fields of the Pacific Northwest during World War I. A passionate novel of patriotic and anti-union propaganda, it portrays the anxieties of the young country threatened by a foreign war after the closing of the frontier. Grey captures the heart of a nation at the brink of a century of change.