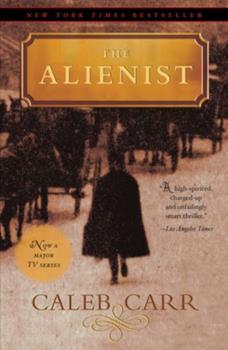 NEW YORK TIMES BESTSELLER - NOW A TNT ORIGINAL SERIES - "A first-rate tale of crime and punishment that will keep readers guessing until the final pages."-- Entertainment Weekly "Caleb Carr's rich period thriller takes us back to the moment in history when the modern idea of the serial killer became available to us."-- The Detroit News When The Alienist was first published in 1994, it was a major phenomenon, spending six months on the New York Times...

Published by Marii , 8 months ago
As a college student I was really trying to save as much as I can and I did! Thanks to the one who sold it thank you! I was skeptical at first but it came in “good” condition for five dollars it’s to be expected that it was bent in the cover I wasn’t bothered because I paid little so I don’t mind.

Murder, corruption and superb detective work. These people had it together. And real human feelings.

Published by Susan Copenhagen , 1 year ago
Wow where do I start. I felt as though I really got to visit New York city in 1896. What a ride. The detective work of the team l was with was marvelous. Reread the book twice since. There's no way I would go to New York city now but back then, yes. The sights, the sounds, the restaurants. The usual corruption. These made a difference. And I was there.

Safe to say this is one of my favorite books!

Published by Sha , 1 year ago
Just the right mix of murder, mayhem and historical fact. At 500 pages The Alienist may look daunting but after the first 2 chapters you won't be able to put it down.

Published by Thriftbooks.com User , 11 years ago
While there was confusion in the actual order, it was received in a timely manner. The confusion came when we received the book and it was in German and not English and there was no indication at the time that this book was in German. Seller did everything to satisfy us and make us happy and we give them an A+++. Should we ever have an opportunity to purchase from seller again, we would as they are an excellent source of reading material.

'Silence of the Lambs' meets Jack the Ripper (so to speak)

Published by Thriftbooks.com User , 18 years ago
New York City, 1896. A serial killer is on the loose, gruesomely preying upon cross-dressing boy prostitutes. Police detectives are making no progress solving the ghastly crimes. In fact, someone with power or influence seems to be bent on silencing witnesses and thwarting any investigation. Reform-minded police commissioner Theodore Roosevelt (yes, the same TR who later became president), determined to catch the killer, assembles an unconventional group of investigators headed by "alienist" Dr. Lazlo Kreizler. (In the 19th century, when psychology was in its infancy, the mentally ill were considered "alienated" from themselves and society, and the experts who treated them were known as "alienists.") Dr. Kreizler's team includes his former Harvard classmate, New York Times crime reporter John Moore; Moore's longtime friend, spitfire heiress-turned-NYPD-secretary Sara Hamilton; and two former mental patients who now work as his servants. To help identify the killer--who leaves behind very few clues, manages to spirit his victims out of locked rooms, and passes through the city unnoticed--the team attempts to develop a psychological profile of the type of person who would be capable of such horrendous deeds. The novelty of their approach does not win them any fans from the mental-health establishment or most NYPD detectives, and throughout the novel, they attempt to keep their involvement secret.Author Caleb Carr puts his historical background to fascinating use. "The Alienist" is filled with rich details about both the seamier underside and more privileged parts of late-19th-century New York City and the then-novel crime detection techniques. Detectives Lucius and Marcus Isaacson, assigned to assist the investigation, employ the not-yet-accepted science of fingerprinting and other methods of identification in their hunt for the killer. "The Alienist" is one of the few murder mysteries that I have ever enjoyed reading a second time. The characters are memorable, dryly amusing at times, and always fascinating. Carr portrays his victims as humans and individuals, rather than sensationalizing their professions. The plot, including a race against time once the team predicts when the killer is likely to strike again, moves along at a brisk pace. The historical detail advances the plot rather than bogging it down. Lovers of historical fiction and detective mysteries will find a treat in "The Alienist."

Published by Thriftbooks.com User , 19 years ago
The ALIENIST begins with Theodore Roosevelt's funeral, a reason for the novel's narrator, John Schuyler Moore, a New York Times crime reporter, to flash back to 1896, when Roosevelt had just been appointed police commissioner. Roosevelt summons Moore and Dr. Laszlo Kreizler, the alienist of the title, to head up a murder investigation. Someone has been murdering transvestite boy prostitutes and Roosevelt doesn't trust his corrupt police department to solve the crimes. I had recently read a non-fiction account of life in New York during the nineteenth century and I wanted to see how Carr would incorporate what I knew into a novel. I've also been interested in profiling ever since I read THE RED DRAGON, by Thomas Harris.Kreizler is an early version of a profiler. Although some reviewers bemoan Carr's handling of minor characters, I found some of them totally engrossing, especially Stevie, a street urchin whom Dr. Kreizler takes under his wing as a driver. Stevie adds some comic relief to a sometimes depressing novel. Something else I rather liked was the inclusion of historical characters, besides Roosevelt. Jacob Riis and J.P. Morgan, among others, make appearances. You can certainly tell Carr was once a historian. New York City, 1896 is the real star of the story. I've started Carr's futurist novel, KILLING TIME, since I read this one and could not get through the first twenty pages. Stick to history, Caleb.

More Complex Than an Escher Drawing

Published by Thriftbooks.com User , 20 years ago
The Alienist is a book that is filled with both mystery and horror and it is absolutely riveting. Although a little over five hundred pages long, The Alienist is so fantastic and reads so well that we barely notice the pages going by. I read it in two evenings, something that is very rare for me; when a book is as good as this one is, I like to savor it and make it last.The first thing that most readers will wonder about is the somewhat strange title. What, exactly, is an alienist? Well, as Carr explains, prior to the twentieth century, those who were mentally ill were thought to be alienated, from society and from their own true nature as well. Those who studied the pathology of mental illness were thus known as "alienists."The plot centers around three friends: a journalist, John Moore; an alienist, Lazlo Kreizler; and a newly-appointed Police Commissioner who just happens to be Teddy Roosevelt. The three are working to solve a series of brutal murders that involves a string of boy prostitutes.Teddy, as would be expected, is on top of everything and appoints Dr. Kreizler to head the investigation into the murders. Moore is included by association only, it would seem, since he and Teddy went to Yale together. Coincidentally, Moore has only recently returned from England where he was busy covering the Jack the Ripper murders.Kreizler immediately begins to track the murders using what is known and what is unknown and via assumption as well. The twists and turns in this book are so complex and varied that both information and assumptions change almost as quickly as the team of investigators can piece them all together.As would be expected, tracking a serial killer in New York City isn't an easy job. People die, disappear and are murdered with frightening regularity and, usually, with little rhyme or reason. Roosevelt, however, is determined. Not only must he solve the murders, he must also clean up the NYPD in the process. There are, of course, the usual assortment of people who simply do not want the murders solved, in this case, corrupt policeman, underworld bosses and even the city's elite. Virtually everyone seems to hold the attitude that the murder victims, being prostitutes, shouldn't matter. In fact, there are those who think the city should be glad to rid of them. This is a book filled with both social and political turmoil, turmoil that threatens to overwhelm the murder case and make it impossible to solve.The writing is fluid and really first-rate. The pages fly by and the suspense builds like a danse macabre. The characters are fully-developed but a little dark. The only bright spot in this fascinating but bizarre book is Teddy Roosevelt, himself. But it would, of course, be impossible to paint Teddy all somber, all of the time.The Alienist is a dark and offbeat book and one that borders on the macabre, but it is also one that is fascinating and extremely well-written. All in all, an enormous accomplishment.

A mesmerizing tale of criminal profiling and methods!

Published by Thriftbooks.com User , 21 years ago
If you want to read a historical mystery that you can't put down, look no further than The Alienist! Set in New York in 1896, Caleb Carr transports the reader to the smells and sights of that period. The reader is whisked away to dine at Delmonico's, sit in box seats at the Opera, and learn about Theodore Roosevelt's efforts to reform the NYC police department.The Alienist focuses on Dr. Leo Kreiszler and John Schuyler Moore, who Roosevelt calls in to investigate a serial killer who is targeting boy prostitutes. The three men join to put together a top-notch and thoroughly modern investigative team (including one of the first women allowed to work at the Department) to delve into the crimes with a combination of psychological profiling and novel techniques like finger-printing and crime-scene analysis. What I found most fascinating was the insights Carr provides into the formation of criminal science techniques that we now take for granted.Carr is a gifted writer with the ability to transport you to another time and place within pages. In addition, he knows how to write a good detective thriller. This one of the finest historical mysteries I've ever read and I highly recommend it.

The Alienist Mentions in Our Blog 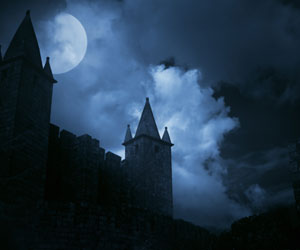