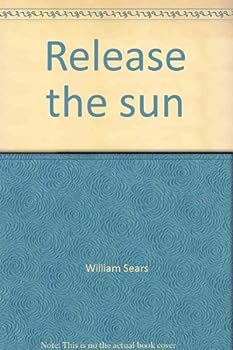 This description may be from another edition of this product. Millennial fervor gripped many people around the world in the early nineteenth century. While Christians anticipated the return of Jesus Christ, a wave of expectation swept through Islam that the...

An important book to read

Published by Thriftbooks.com User , 17 years ago
At barely thirty, he seemed so young to die. He appeared helpless and gentle, yet confident; a look of contentment on his face as he gazed calmly into the hostile barrels of 750 cocked rifles in the public square in Tabriz, Persia on July 9, 1850. In 1844 there had been great excitement over the return of the Messiah, the promised Christ and on May 23, "The Bab proclaimed that He was the One foretold in all the holy Books of the past. He said that he had come to usher in a new era, a fresh springtime in the hearts of men. His name, the Bab, meant the door or gate. His teaching, he said, was to open the door or the gate to a new age of unity in which men would recognize one God and worship in one religion - the same religion which all of God's prophets had taught from the beginning of time. It would be an age in which all men would live as brothers."18 people accepted the Bab's teachings. One of these was Tahirih, the Pure, who saw Him in a vision, became a staunch believer, a courageous teacher and finally a martyr. Another, Mullah Sadiq, was so advanced in age that he knew he could not survive the thousand lashes administered for embracing the Faith but although he found the first seven strokes severely painful, he was filled with joy. Suffering, pain and persecution are only unbearable to those who have no purpose in life and no hope for the future. For the love of God pain becomes a pleasure and suffering a means of being closer to God. The Bab traveled to Mecca, but none would listen to his message because they were indifferent, antagonistic or afraid. The governor sent a mounted guard to bring the Bab in chains to Shiraz, believing this would dampen people's enthusiasm for the cause. Meeting the Bab en route, the commander was surprised when the Bab said, "Deliver me into the hands of your master". The commander ordered his escort to permit the Bab to ride ahead as though they were a guard of honor and the people of Shiraz marveled that the escort commanded to bring the Bab in chains, had returned treating him as royalty.The Bab's gentle manners, refined courtesy and politeness made the governor furious, especially when the Bab reminded him that his duty was to determine the truth about affairs in his region and not make unjust decisions without first investigating personally. Abdul Karim, a man with such a thirst for knowledge that he was elevated to the station of teacher while still a student, was just one of many great figures who visited the Bab and stories of conversions infuriated the governor who was unable to stop the Bab's rising popularity. Meanwhile the disciples spread throughout the country proclaiming the regenerating power of the newborn Revelation. As the authorities became alarmed at the enthusiasm with which the people accepted His message, church and state unleashed a wave of hate and the sands of Persia were stained red. The governor arranged public debates at which the Bab spoke with simplicity, gentleness, charm and ex

Published by Thriftbooks.com User , 19 years ago
This book was wonderful! I could not put it down, and was amazed with all the trials and tribulations that the Babi's went through. This truly is an inspirational book and I reccomend it to everyone, regardless of age or religion. It is a great book and I hope you enjoy it as much as I did.

Published by Thriftbooks.com User , 21 years ago
I am re-reading this book and find it even more fascinating than I did the first time. It delves into the history of the beginnings of the Bahai faith from a very human point of view. It is easy to get caught up in the stories of the persons and their personalities that were aware of the coming of a new age and what it would entail for their people. It tells the stories of the men chosen to bring a new faith to mankind; and also tells the stories of the disciples, both men and women, and faithful in the early days of the faith. I find myself rivited to page after page of the book and reading late into the night and agian early in the morning. If the history of the beginnings of the Bahai faith, the 1800's and religions interests you at all this is a must read book. Enjoy it, please
Copyright © 2020 Thriftbooks.com Terms of Use | Privacy Policy | Do Not Sell My Personal Information | Accessibility Statement
ThriftBooks® and the ThriftBooks® logo are registered trademarks of Thrift Books Global, LLC