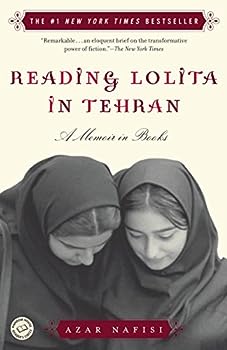 Reading Lolita in Tehran: A Memoir in Books

Every Thursday morning for two years in the Islamic Republic of Iran, Azar Nafisi, a bold and inspired teacher, secretly gathered seven of her most committed female students to read forbidden Western... This description may be from another edition of this product.

Reading is a Privilege not all have

Published by Tenwek Carol , 3 years ago
I found this book very educational about life in a country I have never visited. It is hard to hear about the abuses and lack of freedom that existed in that time. It was good to know that some resisted and survived. I found this book slow and a bit hard to read but I didn't want to leave it until I knew how it ended.

Published by Thriftbooks.com User , 3 years ago
I loved this book--I loved the thirst for literature of the women described in the story. The book provided insight into life for Iranian women under the Iranian regime. The women described come alive and you also want them to be able to continue meeting and discussing their takes on western lit.

Published by Thriftbooks.com User , 13 years ago
Imagine...Having to hide a satellite dish for fear of being arrested and thrown in prison,having to hide your face with a veil,your body with a robe,your head with a scarf,and God help you if a couple of loose strands of hair are sticking out. Imagine living under such a strict regime that a woman can not walk down the street with a man who is not her husband,father or brother,of having to scramble to different tables in a restaurant where a raid is going on, if you are sitting with a man who is just a friend. Imagine being subjected to body searches for no reason, of being jailed and quite possibly executed for having an opinion not accepted by that regime.Imagine the books you love, great and classic literature by Nabokov,Austen,James,and Fitzgerald, hard to come by and considered evil propaganda. And if fearing what your own countrymen can do to you is not enough, now imagine all that, with bombs going off constantly for years, landing so close they flatten your neighbors house and kill everyone in it. This was everyday life, a battleground of fear from all sides, for professor and intellectual Azar Nafisi. She only wanted to read, teach and discuss her favorite works of fiction. Those are just a few of the injustices and life threatening situations, described in "Reading Lolita In Tehran". After refusing to wear a veil to her job as a teacher of Literature, sticking to her own agenda of books considered controversial, Nafisi formed her own little group of women to study the great books mentioned above. She considered them "her girls", like an Iranian Miss Jean Brodie. They discussed the great works of Lolita, The Great Gatsby(this one was put on trial by her class at the University - imagine putting Gatsby on trial!), Pride and Prejudice among others, as they met in secret at Nafisi's home sans the robes and veils revealing their jeans and bright colored T-shirts, along with their inner most thoughts. They saw themselves as the heroines of the fiction they read. They discussed their sometimes unimaginable situations,their deep faith,the deaths of their friends, and the political times they lived in. Azar Nafisi writes of how this group came to be, how these young women defied authority by studying unacceptable fiction. The girls themselves each have quite a background and stories of chilling experiences. Considering themselves lucky for only getting 5 years in prison for expressing their opinions instead of death in some cases.You can't help but feel a bond with each one of them. Nafisi also takes us back to the years before the group. She writes of life of in the "Islamic Republic of Iran",of teaching at the University of Tehran, and the extreme authoritative figures that ruled. Her writing seems to go off on tangents and some times it is a while before we are brought back full circle to the point, but I have to say, that every word she writes seems important to this story, and well worth reading through. She brilliantly interweaves the

Published by Thriftbooks.com User , 14 years ago
It has been a while since I read this but I felt obligated to rate it. I read this book to assist me to better understand womens views on Iran. This book assisted me in so many ways. it was a true treasure to find. I recommends this book to anybody who is vaguely interested in other walks of like outside of their own.

Published by Thriftbooks.com User , 15 years ago
"Reading Lolita in Tehran" (RLT) is a Persian variation on "One Day in the Life of Ivan Denisovich." Both are about surviving cruel, arbitrary tyrants. There was a brilliant essay on RLT in the July 19, 2004 "Washington Post" entitled "Sorry, Wrong Chador." At the time, Nafisi's book had not even been translated into Persian, but Iranians still had opinions about it: "The problem, several Iranians said in interviews, is that Nafisi left Tehran seven years ago. Her highly personal account of 18 years living under the mullahs is as absorbing a history as might be found of this place in that time. But it ends precisely at what most people here call the dawn of a new era in Iran, the 1997 landslide election of Mohammad Khatami as president." Some may believe it dated, but "Reading Lolita in Tehran," just like Solzhenitsyn's classic, is actually timeless. Nafisi's mullahs may be history, just as Stalin's labor camps are now history, but somewhere in the world people are still unjustly imprisoned. Somewhere in the world women are still treated as non-citizens. Iran itself is not yet a paradise for women. The Iranian Nobel peace prize winner, Shirin Ebadi has recently received death threats for her 'un-Islamic' behavior--she is the cofounder of the Tehran-based Center of Human Rights Defenders, which was banned by the Interior Ministry. Iranian women are still fighting for free access to public places such as universities and coffee shops. The police periodically campaign against 'un-Islamic' dress. As far as I know, it is still legal to marry a nine-year-old girl in Iran, a practice Nafisi fiercely condemns--and this brings us back to "Lolita" and why Nabokov's book was so popular with Nafisi's students. My own impression of "Lolita" was 'silly nymphet with heart-shaped sunglasses seduces helpless adult male'. Yukk! I had never actually read it or seen the movie. Nafisi points out that my synopsis was completely wrong. It should have read, 'powerful adult male kills young girl's mother and takes complete control of his stepdaughter, even to the point of renaming her (Lolita's real name was 'Dolores'.) He forces her to conform to his most intimate fantasies, and if he is in some way disappointed, he blames and punishes her. Humbert Humbert reminds Nafisi's students of various males who had abused them, including the mullahs who were then in power. One student was sent to prison because a male caught a glimpse of her neck and found it highly erotic. There are some very sad stories in this book about the abuse of women and the stunting of human relationships, all in the name of religion and power. But RLT also pays tribute to the vitality and teaching power of Western and Persian literature. I had never realized how gloriously subversive Jane Austin's novels were until I read Nafasi. Tyrants should never rest easy on their thrones if their subjects can read Austen, Nabokov, Henry James, or even Mark Twain. This book really open

Published by Thriftbooks.com User , 16 years ago
Azar Nafisi introduces the world to life as a teacher in Iran, from pre-revolutionary days, up through the revolution and war with Iraq, the aftermath and her inevitable, and sadly final, flight from the country. Written with the poignant voice of a survivor, woman, wife, and mother, the claustrophobic grief and rage that settles over the country and affects it's citizens for years is clearly felt by the reader, a pleasant surprise considering the simple, matter of fact voice Nafisi uses to tell her story. Secretly bringing women together from different religious and social backgrounds, in a country where these things are all that matter, to read, pore over, and discuss banned and dangerous books, puts Nafisi in the role of a hero. She is someone who fought for what she believed in, and her courage in the face of tyranny becomes an inspiration to the opressed everywhere. Nafisi's stories, and those of her beloved Tehran, intertwine with classic Western novels that she loves and depends on. Vladimar, Fitzgerald, James, and Austen provide a world into which these women can escape, one where they are not forced into invisibility, punished for eating apples too seductively, jailed, lashed, or otherwise beaten and tormented. Read as they shed their veils and risked everything for something that we all take for granted- the right to read a good, classic book.

Perfection for anyone who loves literature

Published by Thriftbooks.com User , 19 years ago
I just finished "Reading Lolita in Tehran" which I have been engrossed in for several days. My first reaction is sadness that I have finished it. My second is to start reading all those canonical authors that I have managed to neglect over the years. This is a beautifully written book about literature and the transforming effect it can have on people's lives, even in extremely dire circumstances (such as in Iran for the past 20 years). It's also the story of several thoughtful, feeling, fully unique individuals who have lived through and coped with experiences most of us can barely contemplate. I am floored by the author's command of language and ideas. I have already recommended it to several people.Were I ever to meet the author, I would thank her for writing this story, and giving life to the lives she has chronicled.

Reading Lolita in Tehran: A Memoir in Books Mentions in Our Blog 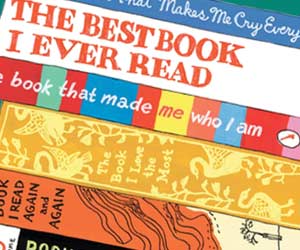