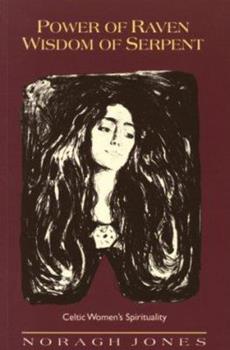 The customs and spirituality of the traditional communities of the Highlands and Islands of Scotland were handed down for centuries through their oral culture. Their way of life preserved many aspects of spirituality and reverence for nature which have been lost to those who live in a modern urban environment.

Published by Thriftbooks.com User , 15 years ago
It was a christian read, but one who is not christian such as myself got a good bit out of it- I've recommended it to my female friends, and they love it too. Good book!

Published by Thriftbooks.com User , 20 years ago
There are many books available today claiming to present "real" Celtic tradition. Few of them actually do what they claim. In this volume, Noragh Jones actually presents authentic Scottish tradition, partially culled from the Carmina Gadelica, but supplemented by her own experiences of living in Scotland. Her focus is on rural women's lives and they way their spirituality flowed from a mindset that saw the spiritual in the everyday. Put this together with Mary Low's _Celtic Christianity and Nature_ and Mary Beith's _Healing Threads_ and you will have a very good idea of how women have lived and found meaning in their lives in rural Scotland.

Published by Thriftbooks.com User , 20 years ago
When we think of woman's role in society, we tend to think that there is a choice between private life and public, between the home and the business world. Choosing home, we believe, leads to isolation and boredom, and feeling trapped within the world of housekeeping. (think The Feminine Mystique). Choosing career means personal fulfillment but often loneliness. And most women, out of necessity, juggle both, a formidable workload. Noragh Jones presents us with a different worldview here, one where the community it so tight-knit that "hearth-keeping" is both a private and a public lifestyle, and in which domestic work is sacred rather than drudgery. In "Power of Raven, Wisdom of Serpent", Jones has picked out the chants and prayers from the Carmina Gadelica that are most closely related to women's lives, and shows how they enriched the farm women's daily routine with a numinous holiness. Here are prayers to be said for every task done, as well as love poems, healing lore, and rites of passage. I found the last to be the most interesting; there are folk christening rites that blend the pagan and Christian; wedding songs, prayers for the child leaving home, and funeral laments. I don't know if I could have handled the sheer amount of work these farming women did. They worked hard and endlessly, but every moment was filled with meaning. Jones brings to life the essence of Celtic Christianity--that God is not only "up there", but present in every ordinary moment.

Published by Thriftbooks.com User , 25 years ago
This book deatils the women's lore of Scotland, and gives insight into the merging of Pagan and Chrsitian traditions. Excerpts from the Carmina Gadelica help to highlight various points which are made throughout this work. I highly recommend it to anyone who wishes to study the folklore of Scotland
Trustpilot
Copyright © 2022 Thriftbooks.com Terms of Use | Privacy Policy | Do Not Sell My Personal Information | Accessibility Statement
ThriftBooks® and the ThriftBooks® logo are registered trademarks of Thrift Books Global, LLC