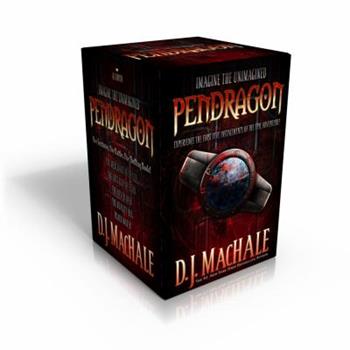 Pendragon: The Merchant of Death; The Lost City of Faar; The Never War; The Reality Bug; Black Water

(Part of the Pendragon Series)

The first five paperbacks in the epic, #1 New York Times bestselling Pendgragon series, available in one boxed set Everything changes for teenager Bobby Pendragon when he discovers that he, as well as his two best friends, Mark Dimond and Courtney Chetwynde, must prevent the destruction of their own world as well as others. This boxed set includes The Merchant of Death , The Lost City of Fear , The Never War , The Reality Bug , and Black Water .