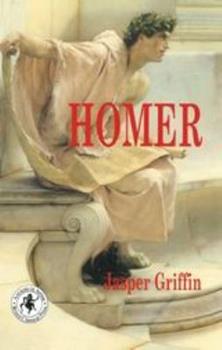 "The Iliad" and "The Odyssey" stand at the very beginning of Greek literature. Much has been written about their origins and authorship, but Jasper Griffin, although he touches briefly on those questions, is here concerned with the ideas of the poems, which have had such an incalculable influence on the ideas of the West. He shows that each of the two epics has its own coherent and suggestive view of the world and of man's place in it.