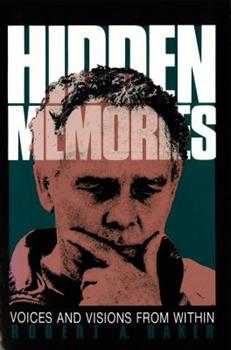 by Robert A. Baker

Alien abductions, satanic kidnappings, the channeling of spirits, the recall of past lives and other similar bizarre experiences are reported almost daily in the media. Is there a rational explanation for these events? According to Robert A. Baker, such irregular or supernatural experiences are manifestations of hidden memories, a phenomenon in which experiences that originally make little conscious impression are filed away in the brain and later...

Published by Thriftbooks.com User , 18 years ago
The book was well-written and raised some interesting questions. How many of these accusations against Catholic priests are real and how many are memories that have been created by over-zealous psychiatrists/psychologists/therapists? The same must be asked about Michael Jackson. I don't know of many of these accusations made while the abuse was an on-going event -- which is what causes the author to question accusations made years after the fact. Although, I also question the some of what the author says. I myself have a year missing from my memory but I have never made an attempt to fill that year with anything that might make logical/illogical sense. I know many others that have large gaps in their memories -- one inparticular whose childhood I remember better than he does. What would happen if we went to therapists that believed in the hynosis analysis of that missing time? Would we also be dredging up memories of abuse? Interestingly enough, I have little doubt that we would, especially as we both have active imaginations without help of hypnosis. Interesting book.

Published by Thriftbooks.com User , 21 years ago
Baker has, in this work, taken an in-depth look at "cryptomnesia," a relatively little-known malfunction of human memory. In essence, cryptomnesia is the remembering of information, without remembering exactly where that information came from. I am sure that most people, if they put their minds to it, can dredge up things that they know that they don't know exactly how they know.Along with the discussion and explanation of cryptomnesia itself, Baker goes on to explain how this very well could explain many of the paranormal beliefs shared by many people, including reincarnation, alien abduction, and ritual satanic abuse.In addition, this book has one of the best explanations for the layman of the current knowledge about how human memory works. Even if you are not interested in how our memories can delude us into believing things that are simply not true, the discussion of memory itself is quite informative. This book also goes on to explain that delusions, hallucinations, and influence by the power of suggestion is much more common than many people think, and are not indicative of mental illness.
Trustpilot
Copyright © 2022 Thriftbooks.com Terms of Use | Privacy Policy | Do Not Sell My Personal Information | Accessibility Statement
ThriftBooks® and the ThriftBooks® logo are registered trademarks of Thrift Books Global, LLC