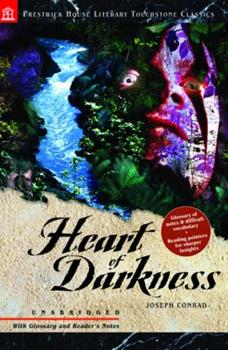 by Joseph Conrad, NOT A BOOK, Conrad

This description may be from another edition of this product. In a novella which remains highly controversial to this day, Conrad explores the relations between Africa and Europe. On the surface, this is a horrifying tale of colonial exploitation. The narrator,...

The Devil Froze From Fear

Published by Thriftbooks.com User , 14 years ago
Daytime scents of nightmare horrors. Man and his insane ways - bushman, postman, commoner, who to blame? Unless you are familiar with the background of this stunning novel do yourself a favor and get the Norton Critical Edition. For a century Conrad's novel has drawn raves and rage. Each is left to decide where the sanity line lies, to the right or to the left. Upriver or downriver? Riveting every page of the way.

Published by Thriftbooks.com User , 15 years ago
I'm sure many readers will find this a difficult read, the prose almost as dense and impenetrable as the jungle that Marlowe travels down in order to find his truth. Still, having only read it through once, I did get enough out of it to believe that further study will reveal some profound light in the heart of darkness. At only 100 odd pages, it does seem to have been designed by the author to be returned to again and again, small enough to swallow, but needing longer to fully digest. Some passages are genuinely quite unnerving, with a sense successfully conveyed of a man who has cut away the veneer of civilisation, looked into the soul of humanity, and seen something truly disturbing. In short, this book is about nihilism, about the flimsy and shifting world of language that alone seperates humanity from the other animals (but only in a delusory sense). As the previous reviewer noted, Kurtz's power is almost wholly cast by his words, a potency maintained even whilst barely existing as a decaying, dying body. The story juxtaposes the power of language, through the dense tale spun by Marlowe of the mythical but ultimately physically insubstantial Kurtz, with the raw natural savagery of the African jungle and its muscular and visceral inhabitants. Language is what seperates the human from the animal, but in the heart of darkness, language, and through it civilisation, is revealed to be a false god created ultimately to serve animal passions. Moreover, the novel contains the message that when man tries to shed his 'civilising' light on those judged to be savages, he merely succeeds in laying bare the moral emptiness of his own soul. Something to think about and to fruitfully connect with the war in Iraq, just as others did with Vietnam.

The title has become a cliche; the book is as fresh as ever

Published by Thriftbooks.com User , 21 years ago
No-one seriously interested in English literature can afford not to read this book. As a central device, the parallel journey into the heart of Africa and the dark centre of the human experience, remains as powerful as ever. The writing in the opening pages, depicting the men and the Thames and the wide possibilities that rise with every outgoing tide, remain as evocative as anything in English. Conrad's subject is barbarity, a theme as relevant now as then. His dark view of the colonial instinct also stands as a warning at this very hour. With "Lord Jim" a thicker, but in many ways easier book to read, Conrad poses the great existential question that was to dominate personal politics throughout the 20th Century, the taking of personal responsibility, the search for personal redemption - as one character puts it: "How to be - Ach! How to be?" With "Heart of Darkness" he articulates what Michael Ignatieff has described as "the seductiveness of moral disgust." Faced with the darkness around him, the character Kurtz advises "exterminate the brutes." His final, dread epiphany, his message from the heart of his own darkness "The Horror! The Horror!" is as chilling now as it was a century ago - a century that has seen more horror than even Conrad could have imagined.

Heart of Darkness Mentions in Our Blog 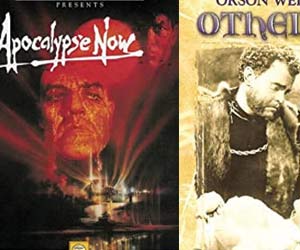 A Historic Cannes-cellation!
Published by Ashly Moore Sheldon • May 13, 2020
The Cannes International Film Festival has been postponed, along with just about everything else! Are we feeling a little bleu about it? Mais, oui! Nonetheless, we can find consolation in les livres. C’est la vie!
Read Article 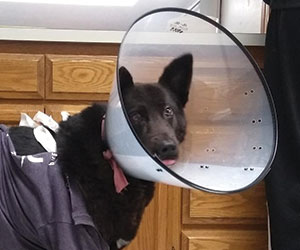 The Horror, The Horror...What I Wish I'd Known Before My Dog's Surgery
Published by Linda Vandercook • July 25, 2018

After seeing our dog's lump steadily grow in size over the past few years, but knowing that it was not cancerous, we decided to have the lump removed anyway. We knew that it would eventually restrict his range of motion and/or he'd be too old to have the surgery. While we thought we were prepared for the post-operative care—taking time off work, asking the vet about the surgery and what to expect—we were, in fact, not prepared.