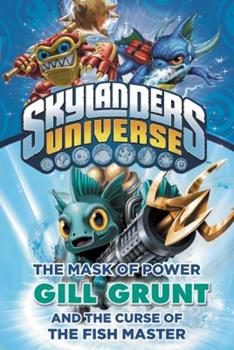 The Mask of Power: Gill Grunt and the Curse of the Fish Master #2 (Skylanders Universe)

(Book #2 in the The Mask of Power Series)

As sea creatures gang up on the landlubbers of Skylands, and the mermaids of Last Chance Cove abandon their underwater kingdom, Gill Grunt embarks on an incredible adventure. Based on the characters from the smash-hit video game, "Gill Grunt and the Curse of the Fish Master "is the second novel in the hilarious, enthralling "Mask of Power "series.