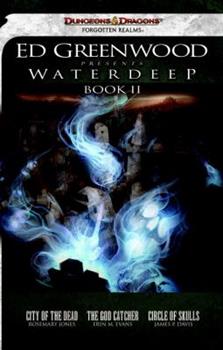 Uncover the secrets of the restless dead in Rosemary Jones's City of the Dead . Join forces with woman who may be a dragon--or who may just be criminally insane--in Erin M. Evans's The God Catcher . And solve the mystery of a series of occult murders in James P. Davis's Circle of Skulls .