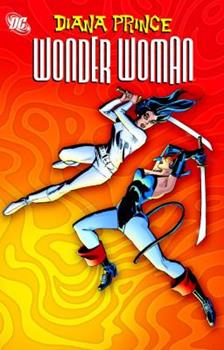 In these classic adventures from the early 1970s, Wonder Woman gives up her super-powers and costume to carry on the battle for justice using only martial arts, dressed in the mod fashions of the day. In this final DIANA PRINCE volume, detective Jonny Double is kidnapped - and Wonder Woman must rush to his rescue before she battles Catwoman. Then, Diana and her mentor, I-Ching, are transported to a mysterious dimension where barbarians rule.