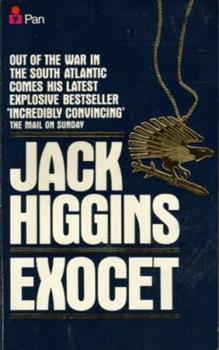 (Book #3 in the Captain Underpants Series)

The third book in Dav Pilkey's mega-bestselling Captain Underpants series. Now with super-cool foil covers! Shiny! Fun! 25 CHAPTERS . . . 100% More Wedgie Power! He defeated the diabolical Dr. Diaper... This description may be from another edition of this product.

Published by Jessica , 1 year ago
We ordered a “good condition” book and was missing 3 pages and multiple pages were ripped throughout the book.

Not the Advertised Condition

Published by Cousin H. , 1 year ago
Item listed as "Like New", but had loose pages not attached to the spine at all and several more almost completely separated. Condition of book was very misleading, should have been "Acceptable".

Published by NotAVeryHappyCustomer , 2 years ago
Not in like new condition. That's what I ordered, like new. More disappointment...

Published by Thriftbooks.com User , 20 years ago
"Captain Underpants and the Invasion of the Incredibly Naughty Cafeteria Ladies from Outer Space" is a further installment in this clever series of books by Dav Pilkey. Captain U is a spoofish superhero character not unlike the Tick or the Powerpuff Girls. Pilkey combines subversive humor with engaging cartoony illustrations.Captain U's true identity is that of an elementary school principal. But after being hypnotized by unruly fourth graders George and Harold, he acquires his superhero persona. Captain Underpants is probably the silliest spoof superhero yet; he runs around wearing no more than his underpants (hence the name) and a cape. In this installment, the good captain faces a trio of devious extraterrestrial fiends.Much like the popular TV show "The Simpsons," this book mercilessly satirizes school and authority figures. Pilkey includes many clever touches, such as the incorporation of comic books allegedly written by George and Harold, as well as a "Flip-o-Rama" gimmick by which the reader can manually animate key action sequences. Overall, a lot of fun.

Published by Thriftbooks.com User , 22 years ago
This book is really funny! It's about when Captain Underpants has to save the world from alien cafeteria ladies turning kids into zombie slaves. It has lots of illustrations that are funny, and it has flip-o-rama and comics as well. If you liked this book, be sure to look for Captain Underpants, Talking Toilets, Professor Pippy P. Poopypants, Wedgie Woman, and more!

MY SON JUST LOVES ALL THE CPTN. UNDERPANTS BOOKS...

Published by Thriftbooks.com User , 22 years ago
I think that there should be more funny books for children. Children like to laugh just as much, if not more, than adults. And laugh he does! The other thing I like about these books is that he enjoys them so much that he was able to make a transition into "chapter" books painlessly...Which prior to that he found intimidating A+ for captain underpants!

Published by Thriftbooks.com User , 22 years ago
This comic is totally hillarious, but make sure to buy it before big brother says you can't! Check out the following:'Captain Underpants' lives to see another day ORFORDVILLE, Wis. - Dav Pilkey's book, Captain Underpants and the Invasion of the Incredibly Naughty Cafeteria Ladies From Outer Space (and the Subsequent Assault of Equally Evil Lunchroom Zombie Nerds), came under scrutiny after a student's parents asked that it be reviewed. The story's main characters ridicule and disobey their school principal, bury some dead lunch ladies by the school and write comic books riddled with misspellings, among other things. The Parkview School District committee voted 5-0 to keep the book in the school's library. The district's curriculum director said children probably would be best served if someone read or discussed the book with them to point out misspellings and intolerance issues.

Published by Thriftbooks.com User , 22 years ago
The first time my son, Edward, brought home the first novel, I thought "oh no, another book I will have to hide" because I thought the content would be inappropriate. But he was laughing so hard that I got curious. So I started reading it then I was laughing hard! In fact, so hard that I woke up everyone else in the house because I was sneaking and reading it at night! When I saw what this book did for my son's interest in reading, I couldn't wait for the sequel. In fact, I bought this and the third novel last night after a parent-teacher's conference. So Edward has allowed me to read this one while he reads the other. This book is just as hilarious as the first. This is definitely the way to get kids reading.I say hooray for Dav Pilkey and thank him for being a boost to my son's interest in reading! Reading is only fun when you enjoy the content and I definitely enjoy having Dav's books for my son and myself.
Trustpilot
Copyright © 2022 Thriftbooks.com Terms of Use | Privacy Policy | Do Not Sell or Share My Personal Information | Accessibility Statement
ThriftBooks® and the ThriftBooks® logo are registered trademarks of Thrift Books Global, LLC