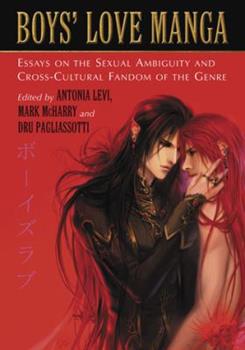 Boys' Love Manga: Essays on the Sexual Ambiguity and Cross-Cultural Fandom of the Genre

by Dru Pagliassotti and Antonia Levi

"Boys' love," a male-male homoerotic genre written primarily by women for women, enjoys global popularity and is one of the most rapidly growing publishing niches in the United States. It is found in manga, anime, novels, movies, electronic games, and fan-created fiction, artwork, and video. This collection of 14 essays addresses boys' love as it has been received and modified by fans outside Japan as a commodity, controversy, and culture.