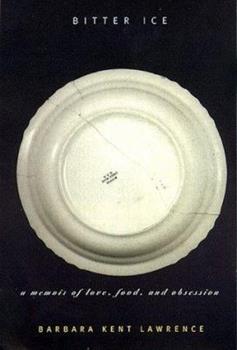 Bitter Ice: A Memoir of Love, Food, and Obsession

Intimate, revealing, and refreshingly frank, Bitter Ice tells of a wife's search for independence and self while living in the shadow of her husband's battle with anorexia.

I Admired the Author

Published by Thriftbooks.com User , 19 years ago
Although I read more than a few reviews of this book that chided Barbara Lawrence for being a whinning, affluent woman who simply contributed to her husbands problems, I disagree. Rather, I found Ms. Lawrence's memoir to be a courageous and honest account of her struggles living with an eating disordered person, while also battling her own demons. Rarely do we get a look at things from the perspective of anyone but the person with the disorder. But Ms. Lawrence had her own story to tell, and I thnk she did a fine job of telling it. Having an eating disorder myself, I was heartened by Ms. Lawrence's ability to lay bear her own complicity in the dysfunction of her marriage in a compassionate and forthright way. I was somewhat surprised that she wasn't more proactive when it came to helping Tom seek treatment, but only a little. I don't think it was so much a function of naivete, as it was denial (of how bad things were, of how misguided her decision was to marry Tom in the first place, of the extent to which fear and a sense of unworthiness defined her existence) that motivated her? Although my own socio-economic background could not be more different from the author's I did not find this a barrier to sympathy or understanding. Instead, the strength of the book to me was in her ability to allow us to fully enter her complex inner life, and the struggle for wholeness I believe she is finally waging with success. As for the person who blithely commented that he/she was not surprised that Tom 'got better' when he found someone other than Barbara to be with, don't kid yourself people, eating disorders are about the sufferers pathology. Which is to say, no one can either make us sick or well. That awesome task remains our own.

Published by Thriftbooks.com User , 21 years ago
Barbara Lawrence's "Bitter Ice" was a stunning read for me on several levels. First there is the story. Barbara begins describing herself as a very bright (but perhaps a bit neglected) socially well counneced young woman and tells of her journey though college and into what appeared to be a satisfying and appropriate marriage. She continues her tale describing life as partner to an increasingly ill man and her private process of recognizing and finding a response to her horrible circumstances. Second, within this very personal story I found exraordinary information. There is rich descrption of anorexia in adult men and the diffculties identifying it; there is Barbara's description of what she had to tackle in order to understand what was happening to her husband; there is eqully rich description of the impact of anorexia on immediate family and those further removed. Finally, readers should know that this is a very beautifully crafted book. The story is carefully told, the writing is clear. Barbara enables the reader to go right to the heart of her deeply moving and important book. I highly recommend it.

Published by Thriftbooks.com User , 21 years ago
Many parts of Bitter Ice were difficult for me to read. This was the first book, of the many that I have read on eating disorders, that made me realize what damage this obsessive behavior does to the family members of the sufferer. I battled anorexia for most of high school and college. While basically "cured," the intense selfishness of my disorder never allowed me to see what pain I brought to my family and friends. Only in reading Barbara Kent Lawrence's honest account do I now understand what my own family was facing. This book has brought me a few steps closer to my own recovery.

Published by Thriftbooks.com User , 21 years ago
It is rare to find a book that is so affecting. At times, I was physically, as well as emotionally, impacted by the imagery. A beautifully crafted story of love, dependency and self-redemption.

Published by Thriftbooks.com User , 21 years ago
Bitter Ice is compelling for those of us who have wondered to the point of agonizing about why smart and successful women stay in relationships destructive to themselves and their children. Barbara Lawrence details the evolution of the individuals in this particular relationship and the dynamics of the relationship itself. Her chronicle reminds me of a Stephen King horror story where pretty normal people and situations begin, almost imperceptively, to go awry. By the time things have become completely warped and unacceptable to the observer, the participants themselves have bought into their lives through a combination of denial, rationalization and self doubt and are living in a way they think of as "normal". Coming from a family with an alcoholic parent, I think it is courageous and important that the author shed light for all of us by sharing very personal information. All of us in situations similar to hers learn first and foremost to keep secrets. And keeping those secrets ultimately leads to our own emotional destruction. This story is sad and tragic for the author's whole family including the father. To me, the saddest part was when the author looked at photographs of her absent children and asked herself why she has photographs of those she loves instead of having them. As children, our inclination is to blame our parents for what is wrong in our lives. This book has helped me to better understand them, and in the case of the living, have hope for them. And ultimately, to forgive them. Only then can we begin to build healthy and happy lives for ourselves instead of becoming casualties of our upbringing. For this family, I hope that through telling the secrets and all that implies, they can each finally find personal happiness and a better life.
Copyright © 2020 Thriftbooks.com Terms of Use | Privacy Policy | Do Not Sell My Personal Information | Accessibility Statement
ThriftBooks® and the ThriftBooks® logo are registered trademarks of Thrift Books Global, LLC